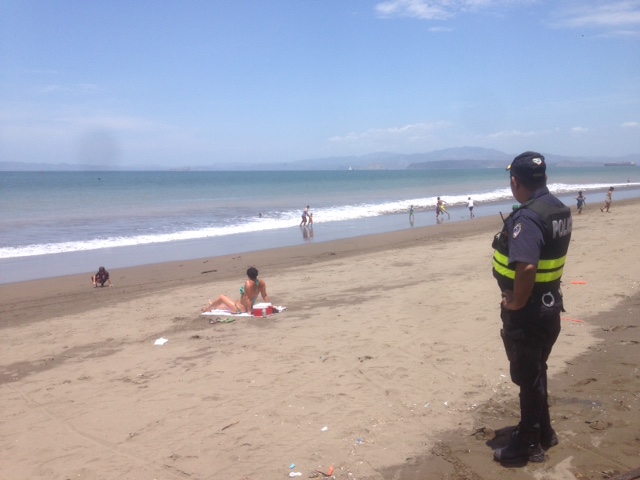 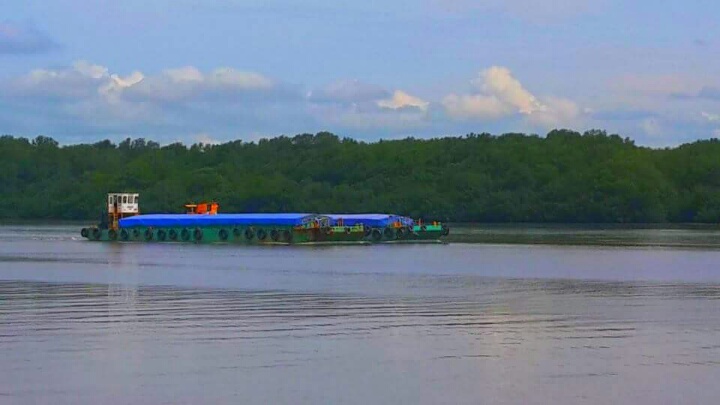 The government says that bathers can enter the sea, because the ‘risk is not so much‘ while maintaining fishing ban, while the CNE waits on rest results.

Reinaldo Carballo, the  CNE official in charge of the situation, said that “water samples have been taken and the results will take 72 hours. However, we all know what action will be taken.”

A note on the Casa Presidencial website (and published on Facebook), says “people can enjoy the sea and can consume (sea) products already in the market. We will maintain a ssurveillance in the event of a possible red tide; we will monitor the fuel extraction process from the barge; and a removal of the vessel will be ordered.”

On Saturday, a barge owned and operated by FERTICA, a local agro chemical company, capsized while making runs between the plant in Puntarenas and a ship out at sea. The barge was carrying 180 tons of ammonium nitrate, a chemical used in fertilizer.

FERTICA is  owned by the Salvadoran consortium CMC.

On Monday, the Ministerio de Obras Publicas y Transportes (MOPT) said the barge was operating with permits expired nine months ago. Sebastian Urbina, Deputy Minister of Transport, stressed they (company and crew of the barge) acted negligently, ignoring all warnings of heavy seas.

Urbina added that though there are relaxed rules of navigation for vessels operating from within 3 miles of the point docking, they cannot operate without the respective permits.

However, there is a legal vacuum. Luis Fernando Coronado, Division Director of Maritime Ports of the MOPT, acknowledges the limitations currently in place for punitive action for those operating illegally in Costa Rican waters.

Coronado said the “Draft Aquatic Navigation Act” (Proyecto de Ley de Navegación Acuática”),  has for the last three years been awaiting approval in the Legislature. This legislation would give authorities the necessary measures and tools  to punish  with strong economic sanctions and even criminal liability for eventualities such as occurred over the weekend.

Generating an outcry from the public is also the fact that the spill occurred at 2:30 p.m. Saturday afternoon but the emergency commission did not issue the warning until 3 a.m. Sunday morning, when most beach goers were in bed. And word did not reach the media until 7:30 a.m.

QCOSTARICA - The morning warming and the entry of...
Economic Recovery