COSTA RICA NEWS – For the first time in its history, Costa Rica will play in the quarter-finals of the World Cup, after taking down Greece in penalty shots.

Playing with only 10 men, after Oscar Duarte was ejected at the 66th minute of play, the Ticos did their best to maintain the Greeks, allowing one only goal with only minutes to go to the end regular time, forcing two 15 minute extra time play and then penalty shots.

Though Greece had more chances, most of them dangerous, Keylor Navas was the star of the game, stopping shot after shot, earning himself the most valued player of the World Cup.  See the video.

“Obviously he has to be congratulated,” Greece coach Fernando Santos said of Navas. “If it weren’t for (him), the results would have been different.”

Santos had been sent to the stands by Australian referee Ben Williams just before the penalties and said he watched the shootout on a television inside the stadium.

“Sadness,” he said of his first reaction after Greece’s elimination and his last game in charge of the team. “Definitely sadness. Not much (else) goes through your mind at that time.”

Costa Rica’s Colombian coach Jorge Luis Pinto said to the press in the after game interviews, “to the entire people in Costa Rica, those at home and out on the streets, this is for you. This is a people that love football and they deserve it. … We will continue fighting. We will go on. We see beautiful things.”

Within seconds of Michael Umaña’s penalty shot, in Costa Rica people took to the streets. The sound of car horns, the waving of flags and the chants can be heard in every corner of the country.

In San José, more than 100.000 took to the streets of downtown from the “fan zone” in the Plaza de la Democracia to the Fuente de la Hispanidad in San Pedro.

Next for Costa Rica is the Netherlands, who defeated Mexico earlier in the day, on Saturday in Salvador. 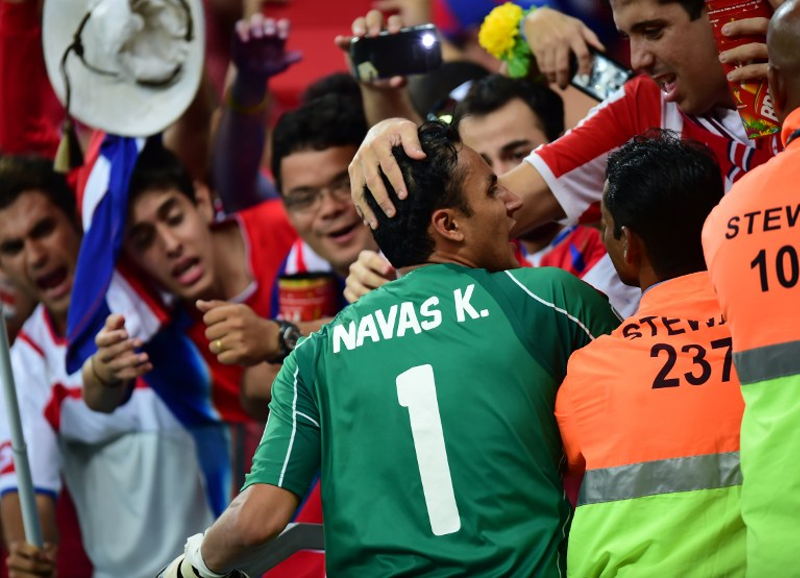 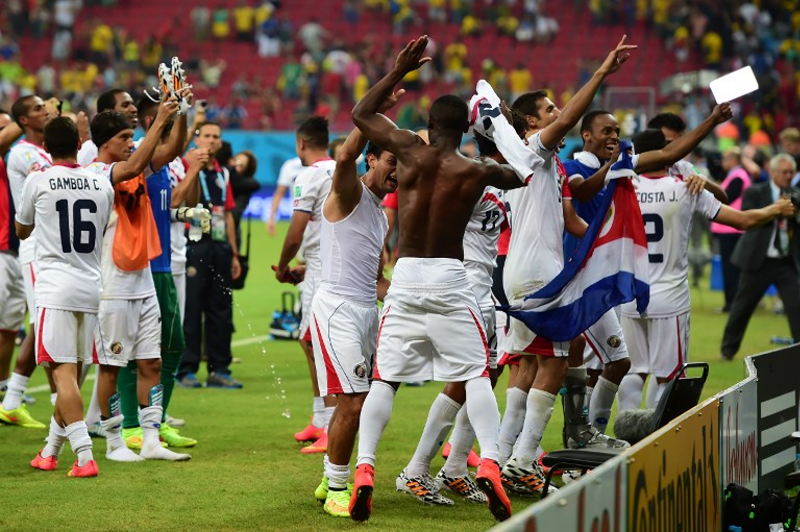 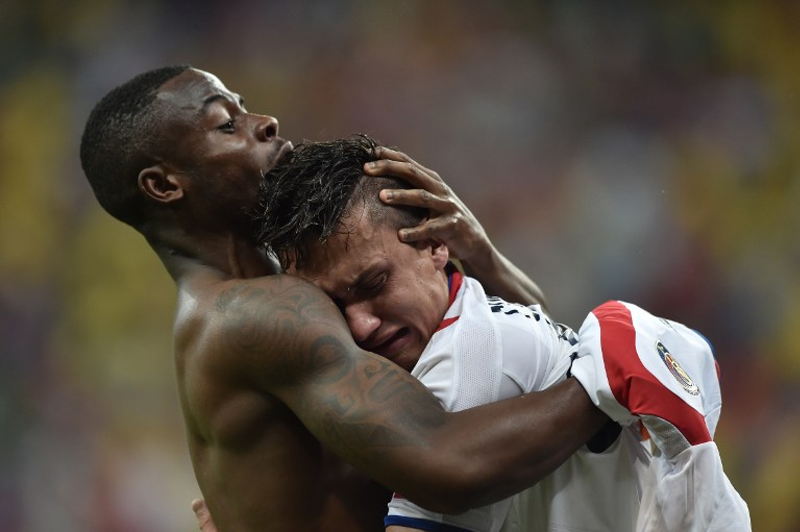