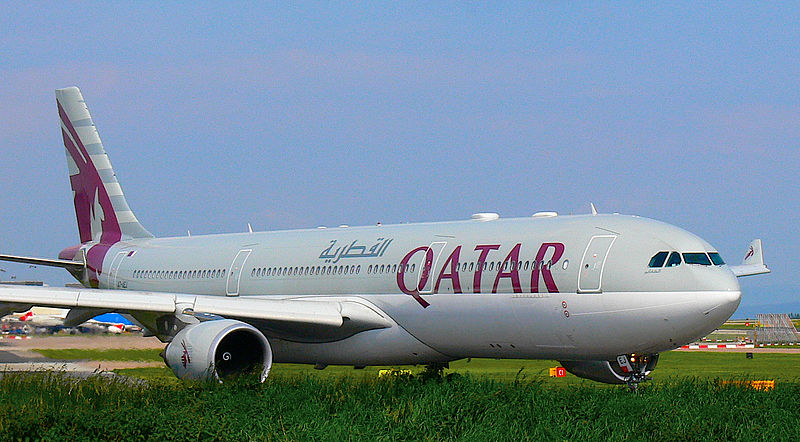 Qatar Airways, with a five star service of excellence will soon be landing in Costa Rica. The airline says that though establishing direct flights is almost impossible, there is a huge opportunity to capture tourism of some of the world’s richest Arabs.

The connections that would be used by Qatar to tranship passengers to and from Costa Rica could include Argentina, Brazil, US, Canada and maybe even Spain that has regular direct flights from Madrid to San José’s Juan Santamaría international airport.

The service is based on an agreement singed between representatives of the governments of Costa Rica and Qatar, making it the first such agremeent Costa Rica would sign with a Middle Eastern country.

The agreement would close the gap and promote Costa Rican tourism to Qatar and possible the rest of the Arab world.

Alan Flores, Costa Rica’s minister of Tourism is upbeat on Qatar making more than just flights into Costa Rica, but possibly operate routes within the country, referring to the Liberia airport in Guanacaste.

Air transport links are vital to an economy that focuses on tourism as an engine for economic development.

Qatar Airways, is the state-owned flag carrier of Qatar. Headquartered in the Qatar Airways Tower in Doha, it operates a hub-and-spoke network, linking over 100 international destinations from its base in Doha, using a fleet of more than 100 aircraft. Qatar Airways operates services across Africa, Central Asia, Europe, Far East, South Asia, Middle East, North America, South America and Oceania, and was named Airline of the Year 2012 at the Skytrax World Airline Awards. The airline has more than 20,000 staff, with 14,000 people employed directly and a further 6,000 in its subsidiaries. Qatar Airways will join the oneworld alliance August 2013, according to announcements by CEO Akbar Al Baker and oneworld 8 October 2012.

QCOSTARICA - Spain had excluded Costa Rica from the list of risk countries to enter by air for presenting a negative covid-19 test (RT-PCR,...
Economic Recovery

QCOSTARICA - Consumer pessimism decreased slightly for February 2021, compared to November of last year, however, uncertainty around the economy remains high and the...
Health

QCOSTARICA - Though the number of new cases daily of covid-19 has been "stable" this past week, the contagion or R rate rose to...
Immigration

QCOSTARICA - Before I get into my opinion of the irresponsible actions of the immigration service and the ICT, good news for tourists who...
Front Page

QCOSTARICA - This Semana Santa, if the number of daily new cases continues on its current trend, we will not see the harsh sanitary...
Heredia

QCOSTARICA - Despite losing their home entirely in December, a Heredia received electricity bills from the Heredia Public Service Company (ESPH) for January and...
Infrastructure

UPDATED: The DGME confirmed that anyone entering the country on or after December 17, 2019, will be allowed to legally stay until June 1st,...
Vaccine

QCOSTARICA - The Ministry of Health authorized the use of AstraZeneca's Covid-19 vaccine on Friday, based on the conditional marketing authorization of the European...