Real Attraction of Costa Rica is the Weather 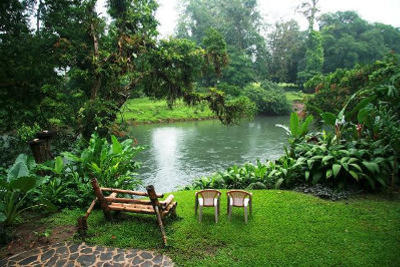 One of the real attractions of Costa Rica is the weather. Throughout the country you’ll find that temperatures vary relatively little from January to July. This is true whether you’re in the central valley, in the mountains or along the coast.

For starters let’s compare San Jose to a place we have all heard of (and I lived in for a few months). I’m talking about the 2nd City, the Windy City, Chi Town… Chicago, Illinois!

I suppose that the most obvious thing about the above chart is just how much COLDER it gets in Chicago. Well, YEAH! But also notice how in July the average high temperature in Chicago is actually HIGHER that in San Jose, CR. How can that be? Well, without laying any math on you (as if I could) it’s due to two things.

Firstly, due to the difference in latitude, Chicago actually receives more sun in July than San Jose does. Although the sun is not as intense at Chicago’s latitude, days last a lot longer there than in Costa Rica. In Costa Rica, there is only about a half hour difference between the longest day and the shortest day.

The longest day in San Jose is less than 12 and a half hours, while the longest day in Chicago is 15 plus hours. The shortest day is about 9 and a quarter hours. So by doing a little math (sorry) you can see that the days vary by about 6 hours in Chicago but less than a half hour in Costa Rica. So it’s no surprise that the temperature range in Costa Rica is less variable than locations in North America. Even Miami is more variable than San Jose.