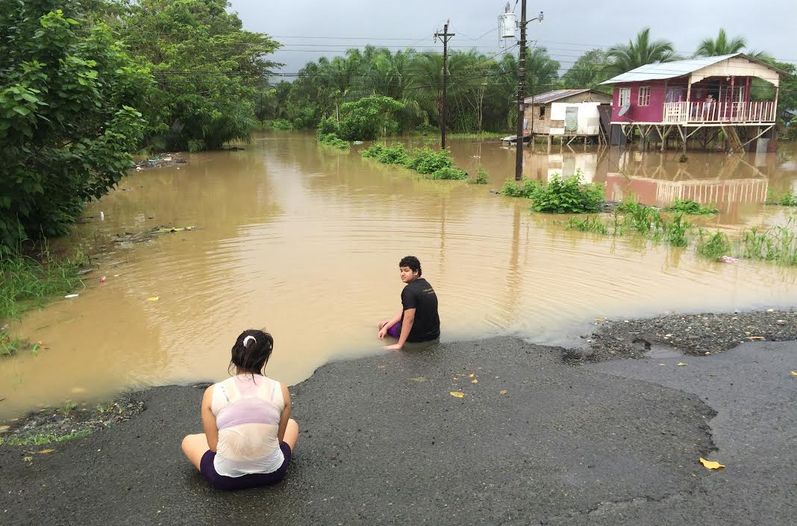 (QCOSTARICA) – The heavy rains that began Friday night and continued today (Saturday) has caused the flooding of many areas in Caribbean coast.

The CNE says it has about 160 people in shelters. The water has caused damages to homes, bridges and roads.

Related: All Roads To The Caribbean Coast CLOSED

The rain is expected to continue for the rest of the weekend.

The organization declared a red alert for Limón, Siquirres and Turrialba.

According to the press release, the Reventazon and Pacuare rivers have overflown their banks. The channels are overwhelmed, in Barra de Parisimina the river is flooding many areas, in El Carmen, the river flooded the entire area known as La Pajarera.

The Ruta 32 continues closed. This morning a landslide of some four thousand cubic metres occurred at kilometre 25 and in Rio Sucio there is a temporary problem with the fibre optic line, disrupting cellular and fixed telephone lines in Sarapiqui.

This is a developing story, the Q will bring you updates as they are available.