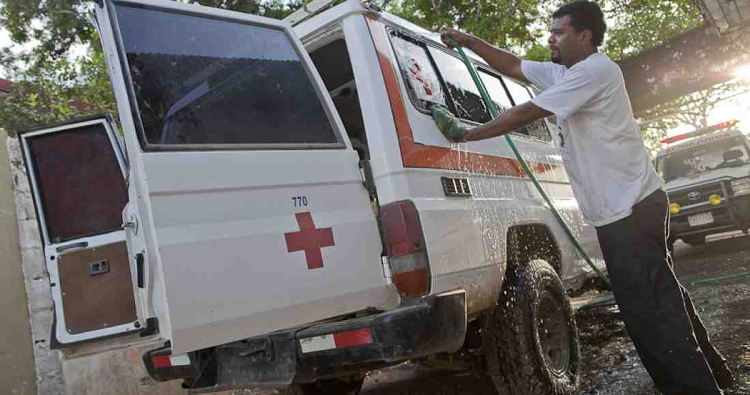 By Henry Morales Navarro, VozdeGuanacaste – The Cruz Roja Costarricense (Costa Rican Red Cross) is prepared for  Semana Santa (Easter Week) on the Nicoya Peninsula. Some 200 lifeguards, medical personnel, and vehicles will be deployed throughout the area’s beaches, parks, mountains, rivers and highways.

There will be ten ambulances reinforcing different bases and temporary posts to look after the safety of tourists and vacationers from Saturday, April 12 until Sunday, April 20.

In Nicoya there will be two temporary posts. One will be located at the crossing in Pueblo Viejo and the other at Cuesta Grande, as those are the two main access routes to the area’s beaches, national parks and recreation areas.

Adolfo Saenz, spokesperson for the Red Cross in Nicoya, said that the areas of greatest risk in Nicoya are Samara, Avellana, Cocos and Coyote beaches, as well as the Nosara, Garza, Zapote and Rosario rivers.

According to Carlos Villalobos, in Nosara there will approximately 30 officials stationed, of which 20 are lifeguards. They are mainly volunteers, and will be supported by two units from San Jose in addition to the four units Nosara already has. The personnel and equipment will be deployed along different posts: Pelada, Garza, Guiones and Ostional beaches.

There will have posts at central and south Samara, which will have the support of two Nicoya ambulances and some 20 volunteers.

The Red Cross is calling on all vacationers to follow instructions to make sure their vacation does not turn into a tragedy. Fredy Roman, from the Red Cross’s press office, gave the following recommendations: “Learn about the risks in areas you visit; when it is a long trip, stop somewhere to relax and stretch, especially those who are driving. Drivers should not drink alcohol or [take] substances that can alter the body’s normal functions. Use seat belts; children should always be supervised by adults. Don’t trust life preservers – remember that water can take rafts under. Be mindful of speed limits. Don’t forget medications, especially in the case of the elderly. When a family goes in the water, be sure to leave one person on the shore to be able to watch over and alert those who go in.”

Fredy Roman mentioned that last year, six people died in Guanacaste from causes ranging from drowning to traffic accidents, which is why he is asking for the utmost precaution on this occasion.