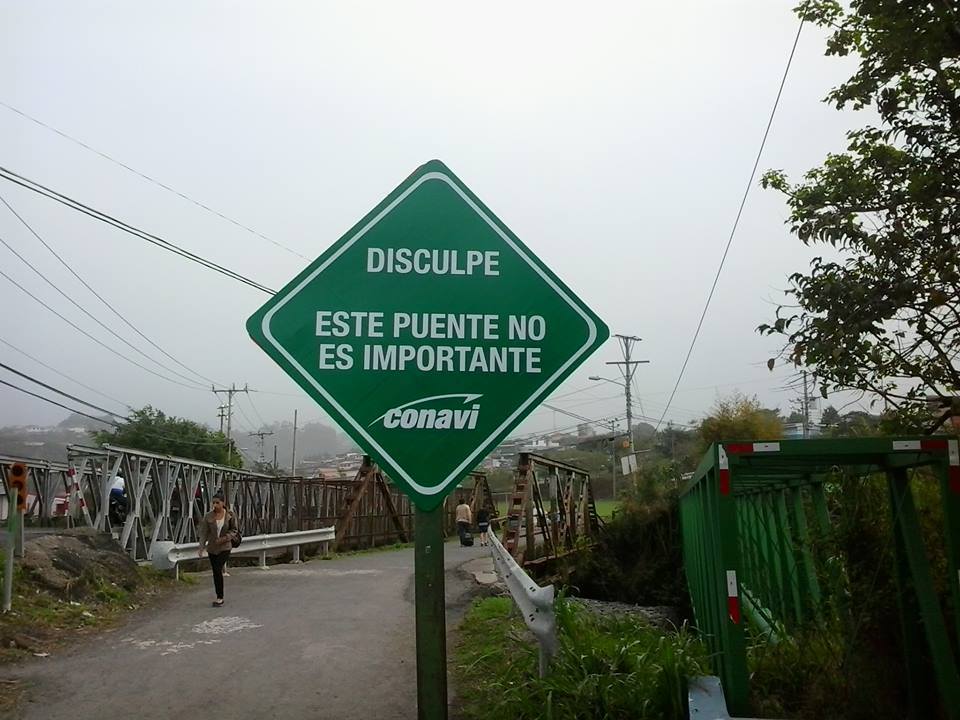 (QCOSTARICA) It is not known who put up the cardboard sign, but there it was, signed on behalf of the national roads council, the Consejo Nacional de Vialidad (CONAVI), saying “disculpe, este puente no es importante” (sorry, this bridge is not important).

The message is clear: the sign was a protest against the CONAVI not giving much importance in erecting a permanent concrete structure, rather maintaining a one lane Bailey bridge, in the communities of La Trinidad and Paracito, in Moravia, on the north side of San Jose.

The problems with the structure began in 2012, the CONAVI erecting the Bailey bridge as a temporary solution.

Crhoy.com dispatched a video crew to confirm that the sign was in fact real and standing where it was claimed to be.

However, as you can see in the video, a resident of the area pulled down the sign and though he did not identify himself or say what role he may play in government, only saying “I am in charge of the bridge”, assuring that a permanent solution would come to pass, in the debate with reporter Rebeca Madrigal (off screen).

The CONAVI did confirm not placing the sign and that they are waiting, wait for it, authorization from the National Environmental Technical Secretariat (Secretaria Técnica Nacional Ambiental) to start building a bridge.