QCOSTARICA – Installing more beds in hospitals to face the Covid-19 emergency is not an option due to the lack of specialists, regardless of the fact that at the moment the hospital system is collapsed and THE record numbers of new cases of infections and deaths. 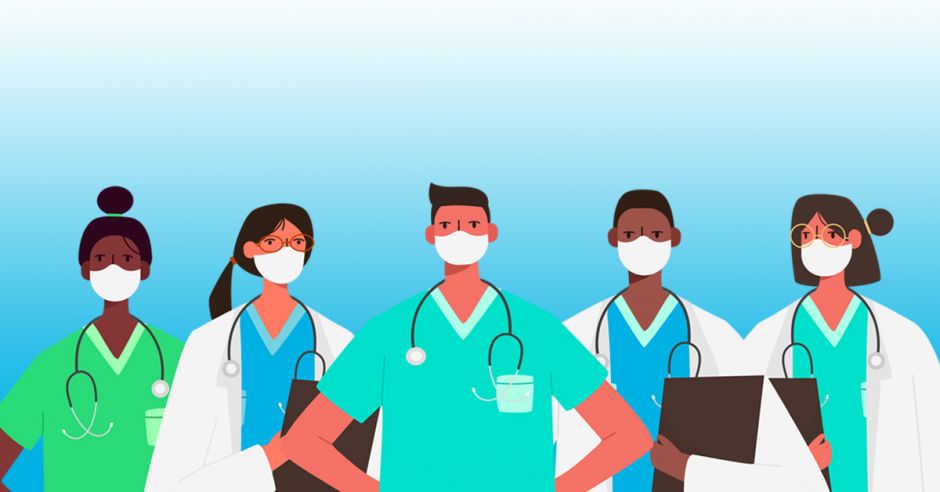 However, the country could overcome this obstacle if it brings doctors from abroad to collaborate in the health emergency.

Bringing Cuban doctors under the protection of a cooperation agreement signed in 2014, or accepting an offer from Panama, are some of the options that the authorities of the Caja Costarricense de Seguro Social (CCSS) and the Ministry of Health could consider, is the urging of about 15 former legislators from the Frente Amplio and PAC mostly, for President Carlos Alvardo to ask the Cuban government for support.

“We suggest talking with the Government of the sister Republic of Cuba to arrange, as soon as possible, the assistance of Cuban specialists in the Caja’s intensive care units and critical care services,” affirm the former legislators in the letter sent to Alvarado.

Cuba has more than 90,000 well-prepared doctors to face the emergency and at the same time collaborate with other countries, according to Rodrigo Malmierca, Cuban Minister of Foreign Trade and Foreign Investment, who made the offer through his Twitter account

However, in Costa Rica, there are those who oppose it, such as the National Union of Doctors and Specialists (Siname).

“We reject the request to bring doctors from abroad to attend the pandemic when there are at least 2 thousand unemployed Costa Rican doctors who can support the crisis. A myopia in the country vision is the proposal of several former deputies to bring Cuban doctors to Costa Rica to help in the care of Covid-19. We have a hospital capacity to the brim but the heroic health personnel are getting the job done,” says Mario Quesada, president of Siname.

In addition to the unemployed, the union believes that turning to these Cuban doctors would be inconsistent with Costa Rica’s boast of respect for human rights.

On the other hand, Panama has also offered the country international technical and humanitarian assistance.

Another aspect is that the Caja could have a valuable resource if it makes use of the 800 interns. However, the institution announced this Thursday that it is suspending its professional development due to the increase in Covid-19 cases and the high risk of contagion.

“The spaces and resources of the Caja must be directed to the attention of this virus as a priority, without neglecting other pathologies, not being able to dedicate themselves to activities outside its primary field of action. In addition, there is the risk of contagion of students and the spread that these can carry to their homes, to their families, friends and not being able to engage in this activity safely,” justified the Caja.

It is important to remember that these students are not employees of the Caja, and that they are also in the last year of medical school.

These students are now looking at a two-year setback in their career development and the reason why they announced a demonstration scheduled for May 26 in front of the Caja building in downtown San Jose asking that they be allowed to continue their training and demanding the vaccine.

According to the vaccination plan, they are in Group 5, the last of the groups established by the National Vaccination and Epidemiology Commission (CNVE)

QCOSTARICA - A moderate decline in new cases for the third...
Read more

Q TRAVEL - Travelers from the European Union or third countries, including Costa Rica, who have fully been vaccinated, will now be able to...
Cartago

QCOSTARICA - A truck loaded with wood, lost its braking power, rolled down a slope for almost a kilometer, dragging in its path an...
Nicaragua

TODAY NICARAGUA – The vice president of Nicaragua and First Lady, Rosario Murillo, assured that those who feel persecuted are for the crimes they...
Photos of Costa Rica

QCOSTARICA - When CR was so beautiful, healthy, and safe! No motorcycles. No loud cars. No billboards. No traffic. When everyone walked to a pulpería,...
Quepos