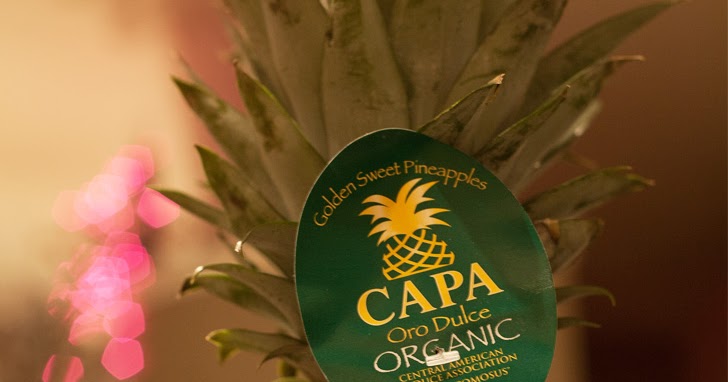 The former Minister leads the public to believe the SFE investigation did not find any evidence of suspicious activity by the companies listed in the two time Pulitzer Prize winner Richard Read’s publications and including the Nasdaq publication (Mr. Read is now also receiving awards from the National Press Club for this investigation).

The truth is an SFE investigator was indeed assigned to investigate anomalies, as per Mr. Richard Read’s publications, and with 1,200 pages of documented chronological and mathematical evidence proved there was a copious amount of evidence to justify opening a case. However, rather than being given support for his findings this honest well-intentioned Costa Rica public servant was marginalized and his extensive detailed report locked away.

It is for this reason that we, the Costa Rica organic growers association (CANAGRO), took the matter to the Costa Rican Senate (La Asamblea). CANAGRO has also presented judicial cases that are in progress for the same, but the wheels of justice spin very slowly in Costa Rica.

In fact, due to the extensive time of the process depending only on the CR judicial system would have meant the end of all legitimate organic pineapple operations in Costa Rica, the majority consisting of small family farms and cooperatives, before reaching any ruling. It is also very perplexing that in his article, Luis Felipe Arauz mentions La Paz and only La Paz as if this entire case only pertains to the two companies Valle Verde and La Paz when the truth is the legitimate Costa Rican organic pineapple industry is united in the fight to denounce the situation and all the public and private corruption involved in the case, that the fight has been through CANAGRO, a civil organic industry association including growers, processors and exporters/marketers of organic pineapple in/from Costa Rica.

For example, our company CAPA is a member of CANAGRO and has never sold or purchased products from La Paz. In fact, we are not even in the same industry as CAPA is a fresh organic pineapple exporter and La Paz exports value-add frozen agricultural products. Mr. Arauz insinuates this is just “a quarrel” between two companies when the truth is the legitimate organic pineapple industry in Costa Rica, not only one company, are fighting together to protect and defend the integrity of the activity I would agree with the former Minister about one item: in the Nasdaq publication that does not seem accurate: The $6,000,000.00 is not representative of the true scale of the fraud mentioned by the publication.

As to the same, and again putting what Luis Felipe Arauz says in doubt, no one I am aware of has ever recalled any representative of La Paz making a reference to this value. Mr. Read must only be addressing the total value of either the frozen or fresh suspicious shipments, for a specific period of time and not both together. Even if it is just one of the two, $6,000,000.00 is far less then what the equivalent monetary invoice value in U.S. dollars would be for 10-15 containers each week for 52 weeks of fresh conventional pineapple exported as if the pineapple were organic (The amount of volume the owner of the aforementioned companies informed me in person and offered to our company in April of 2016 he would export from Costa Rica beginning in May of 2016).

With respect to the “organic” frozen shipments being suspended by the SFE but exported to the United States anyway, the former Minister claims that the National Organic Program (NOP) of the United States Department of Agriculture (USDA) may have authority over the SFE, MAG and Costa Rica law, and now whether the NOP regulations have precedence over the Costa Rica law needs to be resolved in the Costa Rica judicial process.

Luis Felipe Arauz also states the soundness of the NOP organic certification was confirmed in “an independent” study by the NOP. To clarify, our company CAPA has been exporting organic pineapple to the United States, Canada, and Europe since 2006 and always in compliance with the SFE and MAG regulations. In all this time we have never seen or even heard about an agent of the NOP coming to Costa Rica to inform that companies can certify with the NOP only and without complying with the SFE and MAG to export product labeled as organic to the United States.

The only NOP representation we have ever seen are the employees working for the multinational certifying companies we have to pay to receive certifications and in the same become their clients. Therefore, what Mr. Arauz is saying is that now the CR court needs to determine that rather than comply with the Costa Rican law, any exporter may be able to simply ignore the SFE and MAG regulations, pay the multinational certifying companies for the NOP organic certification (obviously a conflict of interest) and ship to the United States free of any regulation whatsoever from the Costa Rican authorities.

Obviously, this is absurd!!! Also, the NOP depends solely on the multinational certifying companies for their “independent studies” and the local authorities in the countries where the organic product is grown and exported.

Again, no direct USA public employee representing the NOP to our knowledge has ever come to Costa Rica to conduct an “independent study” in the case of Valle Verde or anyone else.

It is more than impressive the former Minister of the MAG titles his article “organic pineapple in the post-truth era” when he himself is indeed a seasoned practitioner at the post-truth art of misinforming and as he clearly demonstrates in his publication.