In 2020, 151 fewer people died than in 2019, the reduction was mainly in motorcyclist deaths and fatal accidents in the early morning hours 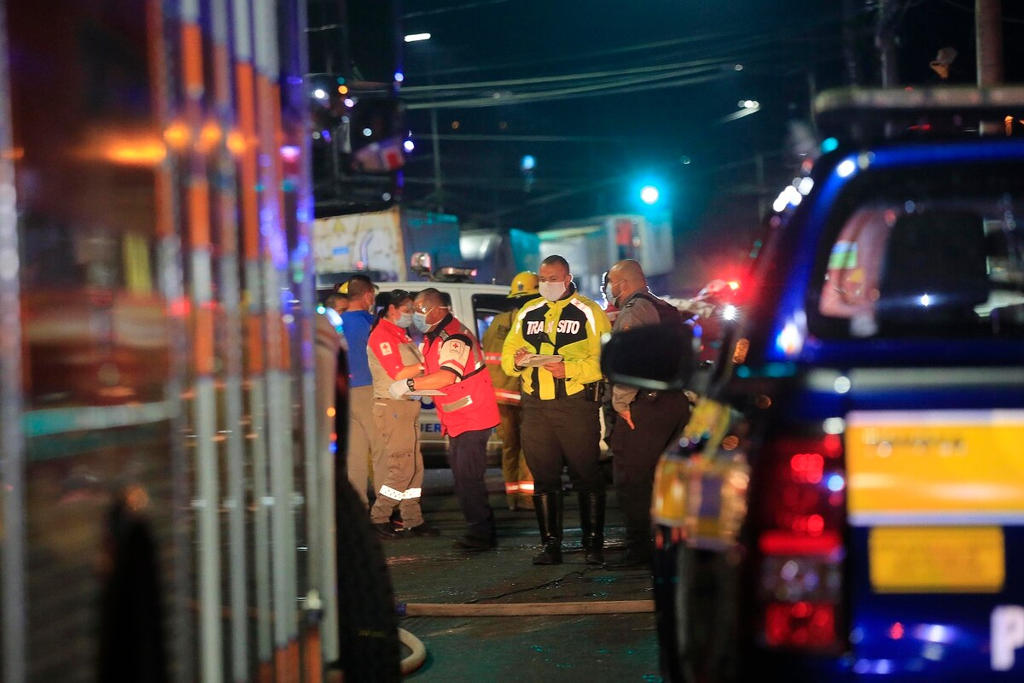 QCOSTARICA – The year in which the Covid-19 pandemic forced Costa Ricans to transform their mobility habits saw the fewest deaths on the roadS in the last seven years. At the end of 2020, 300 people died at the scene of a traffic accident, 151 less than in 2019.

The last time the country ended a year with a figure lower than 300, was in 2013, when the deaths on public roads amounted to 298, according to the records of the Consejo de Seguridad Vial (Cosevi) – Road Safety Council, a division of the Ministerio de Obras Públicas y Transportes  (MOPT) – Ministry of Public Works and Transportation.

The downward trend began exactly one year ago, in March with the arrival of covid-19 in the country, and the sanitary vehicle restriction was established.

During that month, the number of deaths from road accidents was reduced by 28% compared to the same period of the previous year, falling from 54 to 39.

However, the effect was much greater in the next 30 days. April 2020, which included Semana Santa and the toughest of the vehicle restrictions, closed with 13 deaths on the road, a reduction of 72% when compared to the same month in 2019.

In addition, it represented the lowest number of deaths in a single month, at least, since January 2012.

It was just in April that the Legislative Assembly increased the fines for violating the restrictions to ¢107,000 colones. That, in addition to the confiscation of the vehicle’s license plate and/or vehicle and six points on the driver’s license.

Even in December, the month with the most deaths from traffic accidents for the year, there were fewer than in the same period of the previous year: it went from 58 in December 2019 to 37 in December 2020, that is, the decrease was 36%.

“Many users made very prudent and punctual decisions. This tells us that we did have a cultural effect and that not only the support of the police forces is required, but also citizen support,” reflected German Marín, director of the Policia de Transito (Traffic Police).

In other words, during the first year of the covid-19 pandemic, 93 fewer people died riding motorcycles than in the previous period, that is, the drop was 44%.

During the first year of the pandemic, the deaths of cyclists increased by about 3%.

Cosevi statistics show a correlation between sanitary vehicle restriction measures and the drop in the number of deaths on roads during 2020.

The greatest reduction occurred at dawn, between March and December, in accordance with the prohibition from 10 pm to 5 am.

The data shows that from midnight to 6 am 54 people died, which represents a decrease of 56% compared to 2019 with 123 fatalities during that time.

In fact, this record of deaths during the early morning is the lowest in the 2012-2020 period, for which Cosevi has comparable statistics.

There was also a 32% decrease in fatal accidents that occurred between 6 am and noon; and 17% between noon and 6 pm.

According to the day of the week, the greatest reduction on Sundays (63%), the total number of deaths fell from 135 to 50.

The atypical behavior of traffic accidents during 2020 was not only manifested in the total number of people who died at the site, but also in the number of patients sent to hospitals.

According to Donald Corella, head of the Emergency Service at the Rafael Ángel Calderón Guardia Hospital in San José, the decrease was “significant.”

According to the specialist, this medical center was used to treating between 15 and 20 polytraumatized patients – with severe injuries – each month. However, during the most critical moments of the health emergency, that number was reduced to one or two per month.

“This reduction, for this reason, occurred, because it had an impact on the number of resources that the hospital and the Emergency service had to be able to attend other emergencies, for example, those of covid-19. Especially at times when we had the highest peak, a part of the resource that was no longer being used to deal with that (accidents), was used to deal with the covid,” said Corella.

For the doctor, the 2020 vehicle restrictions prevented more people from dying during those months, and not only from the new virus.

“From an emergency services point of view, the restrictions that were put in place saved a lot of lives, not only from covid-19 but also from non-covid-19. They saved a lot of lives by restricting hours of movement, including the fact that the bars were closed,” said Corella.

The foregoing was the good news, however, it was short-lived.

With the lessening of the sanitary vehicle restrictions, in the first months of 2021, both hospital care for traffic accidents and deaths on the road took off again.

“Unfortunately, this quarter it has increased. We see a growth in accidents with fatalities, the statistics are concentrated in a large percentage in motorcyclists and their passengers, who unfortunately died at the site,” confirmed Marín.

The  MOPT – reported that in February alone 35 people died in traffic accidents, while in January there were 36, that is, 71 deaths in total.

This figure is higher than that registered last year and the previous year, since in the first two months of those years there were 59 and 64 deaths, respectively.

No figures were available for this month of March, a month with fewer sanitary vehicle restrictions and includes the first half of the Semana Santa holiday road travel period.

Q24N - Emma Coronel Aispuro, the wife of the...
Trends