Roger Waters gave a toast to the resistance 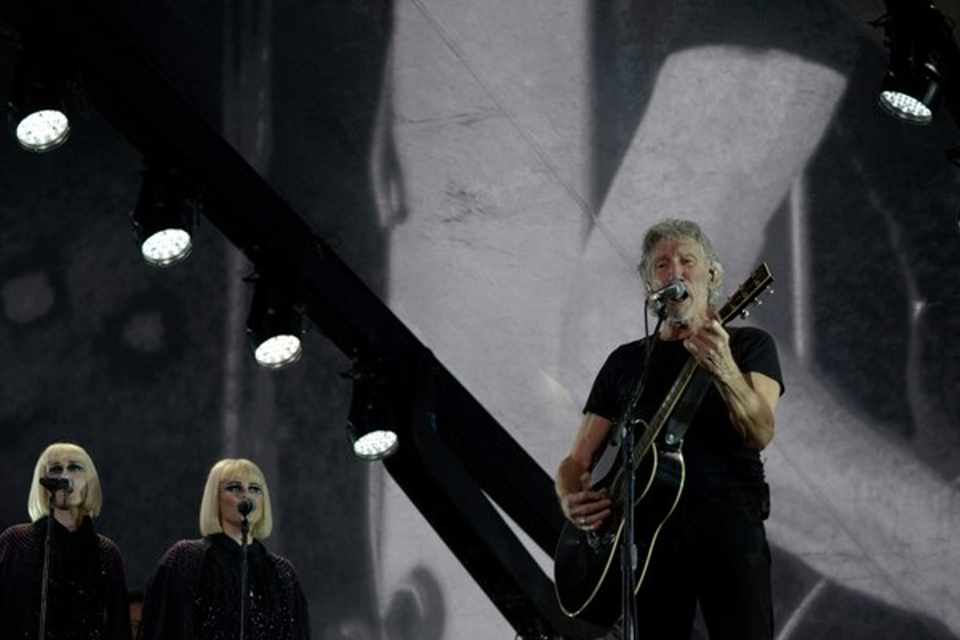 Rico’s TICO BULL – I did not attend the Rogers Waters concert. Though I wanted to, it is not my thing. The last time I attended a concert was way back in 2005, when Carlos Santana was in Chepe, and then a last minute decision, with seats (well concrete slab), in the nosebleed section of the Saprissa stadium. Hey, this was Santana, I grew up with his music.

The concert before that was Sade, back when “Your Love is King” was still just a prince, though I have taken in (listened) to live concerts by Madonna, Lady Gaga (my wife’s favorite) and others while living in Rohrmoser, a few blocks from the stadium.

Back to Rogelio, sorry Roger. From the few I personally know who did attend the concert, there was a mixed reaction, from great to so-so.

To get a better picture the multisensorial concert in Costa Rica, I am relying on the words of Arturo Pardo, music critic for La Nacion.

In his article on Sunday, Pardo wrote, the “British musician gave a toast to the resistance. A multisensory and political show separates this ‘show’ from the canons of a usual concert.”

Was the Rogelio Aguas, sorry Roger Waters concert the best to land in Ticolandia? Difficult at best, the answer to that is based on personal tastes and inevitably subjective appreciations, thus it would be impossible to arrive at a single answer.

But, if we talk about the use of sound, visual and state resources, according to Pardo, it is difficult to put on another show that we have seen in the country at the level presented by Roger Waters with his Us + Them tour, at the National Stadium on Saturday.

Pardo says that “On a personal level, I find it hard even to place it on the list shows in Costa Rica such as starred here Metallica (2010) and Paul McCartney (2014). Waters’ is more of a multisensory show, almost cinematic in 4DX. This makes any other presentation look like a plain and simple recital … The comparison may even be unfair.

“From those shows, one could review the setlists and remember the songs on which the most boisterous and emotional choirs were raised. In the case of this (Waters) presentation, other qualifications and attributes come into play.

“The quadraphonic sound, or surround, is responsible for offering an immersive experience with unrepeatable sound surprises. Added gadgets such as the giant inflatable pig, the laser-illuminated prism on the audience and the four steaming chimneys that rise imposing at the beginning of the second part, at a peak moment of the show.

“Witnessing this turns the viewer into a happy witness who also enjoys the execution in “flesh and blood” of historical works as pieces of the iconic albums The Dark Side of The Moon (1973) and The Wall (1979).
”
The clarity of the sonic definition contributed to not losing the musical detail. In this way, one could easily enjoy the penetrating bass of Waters, the superb keyboard or the beautiful vocal harmonies of Jess Wolfe and Holly Laessig (members of the indie group Lucius).

“On the giant screen, the musicians on stage appeared sporadically. I needed to see them more often, as we are used to at other shows. I also resented the presence of two columns of speakers in front of the screen, which prevented reading the texts in their entirety, taking into account that there was much to read.

“Due to its critical and rebellious nature, the musical presentation of Roger Waters is, at the same time, a proclamation of protest. This is evident in moments such as the toast that the musicians play on stage, while behind the legend is read (in English): The pigs command the world, fuck the pigs.

“Because of his capacity to summon attentive masses to his songs, the Englishman, without pretending it, in a certain way becomes a political actor, uncomfortable because of his poignant lyrics.”

In his closing, Pardo writes: “Waters slaps the political class while offering a treat to the audience. Experiences and speeches like these hardly enter through one ear and out through another.”

From those who were at the concert, I would love to hear your take. Use the comments section below or post the Q’s official Facebook page.

- Advertisement -
Paying the bills
Previous articleEducation Minister Gives Striking Principals Ultimatum: Return To Classes Or Will Be Replaced
Next articleMarchamo, Cash or Zero Interest Financing, What Is The Best?

Q24N - Copa Airlines was recognized for the eighth...
Coronavirus