Russia To Build Spy Base in Nicaragua 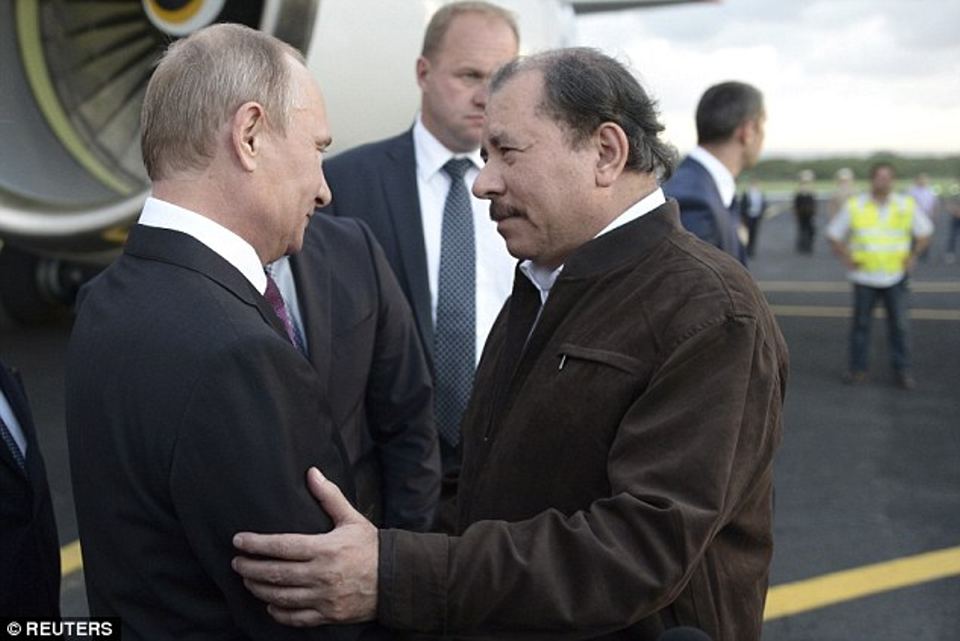 TODAY NICARAGUA – Russia has agreed a deal to build an electronic intelligence-gathering base in Nicaragua, which will no doubt renew fears of a new Cold War.

The deal between Moscow and Managua, which will also involve the sale of 50 Russian T-72 tanks, comes as President Putin’s regime ramps up the pressure on Nato in eastern Europe.

Russia said it would be deploying nuclear-capable missiles in the Kaliningrad enclave, close to the Polish border, by 2019 and may even site them in newly annexed Crimea.

Putin has refused to back down after economic sanctions were imposed on Russia following the annexation of Crimea and has ramped up its military facilities around the world.

Nicaragua’s leftist President Daniel Ortega was once the bete noire of the White House.

His Sandinista regime were targeted for a decade in the 1980s by President Ronald Reagan and Ortega has remained friendly with Moscow since the collapse of the Soviet Union.

Last week three Americans, working for the US Department of Homeland Security, were expelled from Nicaragua without explanation.

Washington complained about the explusion which they said was ‘unwarranted and inconsistent with the positive and constructive agenda that we seek with the government of Nicaragua’.

After more than a decade out of power Ortega was re-elected in 2006 and has tried to reintroduce socialist policies.

He has also announced plans for a huge canal, to rival the Panama Canal, which would be funded by a Chinese consortium.

QCOSTARICA - Dr. Mario Urcuyo, an expert in the...
Reports