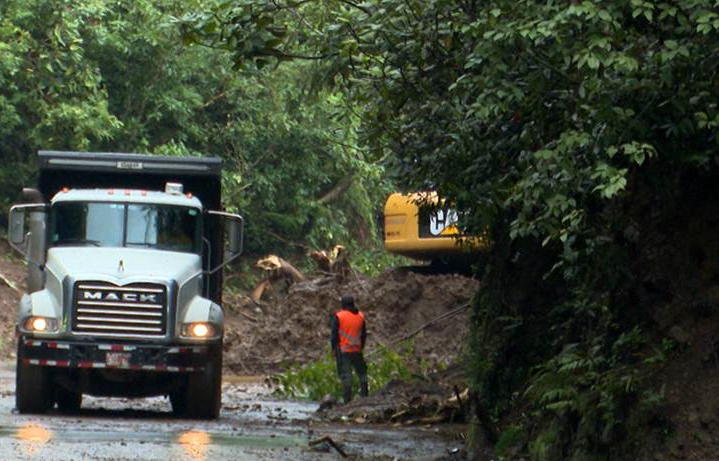 The Ruta 32, between San Jose and Guapiles, continues closed as work crews try to clear the debris on the road from the numerous landslides.

The closure occurred on Friday when hundreds of vehicles and more than 500 people were trapped in between the landslides.

The MOPT was confident to have been able to re-open the road by today, Wednesday. However, continuing rains and more landslides have delayed the cleanup work. For example, the weather conditions in the Braulio Carrillo national park on Tuesday was such that work had to be suspended at 4 pm.

The alternative through Turrialba (from Cartago) is open, with ‘complicated’ passage through some areas. The other alternative via Vara Blanca to Sarapiqui to Guapiles is in a better option.

A new tropical wave coming in today has increased winds and with it more rain is expected, perhaps worse than last Friday.

QCOSTARICA - In less than 24 hours some parts of the...
Read more

QCOSTARICA - More than 170 thousand people from the...
News

QCOSTARICA - Legislators approved in a second debate, on...