The center of San José is no longer attractive commercially., now belongs to the homeless, crime and street vendors

The center of San José is no longer attractive commercially., now belongs to the homeless, crime and street vendors

(QCOSTARICA) Times before March were tough. With the entry of the Value Added Tax (VAT) – Impuesto sobre el Valor Agregado (IVA) in Spanish – in July 2019, many businesses started feeling the crunch.

Eida Torres is one of the many entrepreneurs in Chepe (San Jose) that after many years of toiling, growing their business, saw sales drop drastically while costs like rent, utilities, taxes and many others increased, to the point of closing.

Then the pandemic hit.

Doña Eida is the former owner of Chelles, a Chepe icon for almost 100 years. Located at the SW corner fo Avenica Cental (Boulevard) and Calle 9, she began working there as a waitress 28 years ago.

Chelles had the best sandwiches and pastries. It was open in the morning, afternoon and evenings. Even for midnight owls that frequented the Tiempo de Tunel disco (where the restaurant is now located), getting a bite to eat before heading home.

When the original owners decided to close more than a decade ago, Doña Eida took the bold step of buying the business, one of the most recognized restaurants in the country. She never regretted the decision, as she says, that business was her life, her love. She lived through the good times, sent her children to school, paid the expenses and lived well.

Then came July (2019) and the IVA. Times for Doña Eida, as most of the businesses on the Avenida, San Jose and the country, tough times started to creep in.

The rent went up, to almost 5 million (about US$8,500 monthly). Add another one million for electricity, a half a million for water, three million in salaries, social guarantees, taxation, ad other expenses, while sales fell by 40% or 50%, it was no longer a viable business.

“The economic situation was already tough, sales had fallen by 40% or 50%, and it was not even for expenses,” she told La Teja.

By February 2020, she, like many others, was forced to throw in the towel. The corner, with the famous Chelles, was no more.

From there to today Doña Eida has not managed to get up financially. Her plans to sell at stadiums and events fizzled with the onset of the pandemic. Doña Eida lives in Orotina and they had no choice, like many others, to turn social networks, sell on Facebook.

“Right now we are doing everything, but we don’t sell anything. We make combos, vegetables and chicharrones (pork rinds), casseroles, but people aren’t buying. We’ve been unemployed for eight months, we don’t know what to do. One day we had a raffle for chicharrones and about six thousand people participated, but we didn’t sell even ten kilos. Sometimes we sell a kilo here and another there,” say Doña Eida.

“Nobody imagined this nightmare and that the government handled it so badly, that we had to pay for the middle class, because we are not so poor as to help us. I don’t even have little children to give me the MEP food.” Eida Torres, ex-owner of Chelles.

“I couldn’t even get over the mourning that was to lose something as beautiful as Chelles, because immediately the ‘stay home and die of hunger, depression and sadness’ came,” she claimed.

Chepe behind a closed iron curtain

For Doña Eida, the center of San José “is no longer worth a peseta”, because among the homeless, crime and street vendors, the place is no longer attractive commercially.

“Today we have the ugliest and dirtiest capital. The paving stones (adoquines in Spnaish)were a failure for us, they only brought misfortune, there is nowhere to park. Once we put a blackboard on the avenue and the municipal police took it away without telling us anything. People who came to eat at dawn had their plates taken away. In this country, they only annoy those who work.

“Chinatown was useless, but on the side of El Rey (hotel) no authority bothers anyone. I have not returned to San José since we closed, if I do, I will surely sit down to cry seeing my business closed,” she commented with hurt in the voice.

Walking the avenidas of downtown San Jose has lost its charm, it is not what it was, what it could have been. Downtown San José now is not the same anymore does not only come from the old-timers.

Today, what you will see more of is “for rent” signs and the shuttered metal curtains, the feeling of emptiness quickly overtakes you, gone are most of the places, like Chelles, that made what San Jose used to be, made history.

Affected are not only small businesses like the former Chelles, the big names have also been hit by the change, the economy, the pandemic just as much.

An example is Pizza Hut, on Calle 4, 20 meters from the Avenida Central on the east facing the Banco de Costa Rica (BCR) or the “Banco Negro” as it was once called for its dark facade. 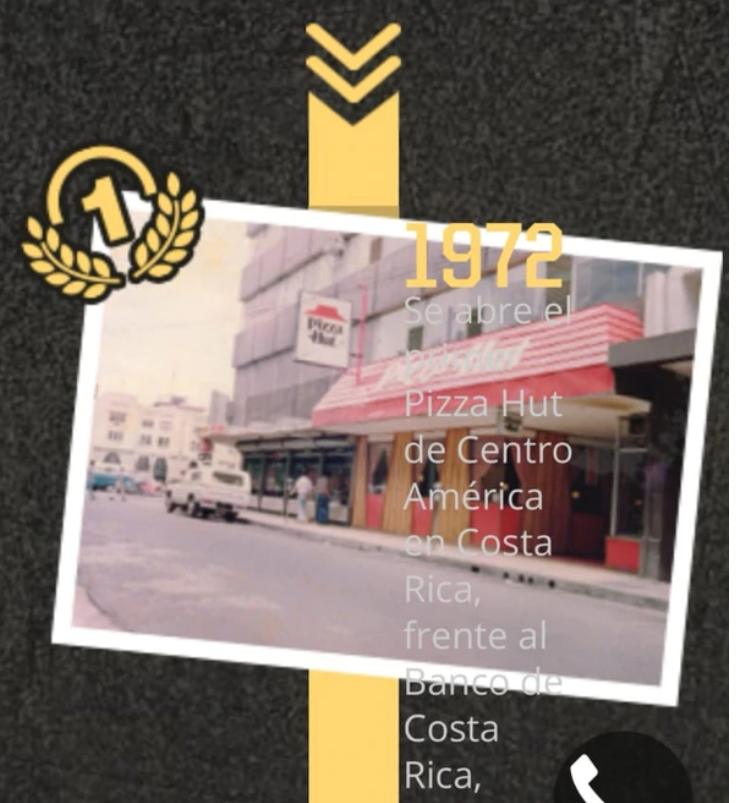 The location was the first Pizza Hut in Central America, opening its doors in 1972. An indisputable place to visit when, years ago, you wore your Sunday best when you went to Chepe.

Today, behind the metal curtain is an empty and remodeled premises.

For the muni (municipality) everything is fine

If you speak to the municipality of San José officials, they will tell you that the capital continues to be the city with the most commercial capacity.

Rafael Arias, advisor to Mayor Johnny Araya, commented that despite the income crisis that the country has been facing for about 4 years, San José had felt less of the impact. However, he recognized that with the pandemic, downtown Chepe has suffered a commercial decline that but nothing significant.

“Thanks to the boulevards network that the city has, used by thousands of people, we have been able to contain the impacts of the crisis. Certainly downtown San José became a bit expensive in terms of renting premises, and that is due to the great commercial potential. Even today with the crisis, thousands of businesses continue to struggle to cope with the situation,” said Arias, who highlighted that the municipality has made efforts to promote the place.

He assures that it is a city that reinvents itself, that it was first industrial and now commerce must evolve towards more creative ways to convince people to visit them.

Allan Gerli, representative of the store sector of the Chamber of Commerce, commented that, due to the crisis, 30% of the businesses have ceased to exist.

With the recent reopening, they face the challenge of seeing if the businesses can succeed.

Now the law of supply and demand will play an important role to see if the price of rents also adjusts to the new times.

Gerli commented that customers now are looking for bargains. No longer are customers coming for the new fashion, the trends, a stroll of the pedestrian walkways, window shop, make impulse purchases.

“People are looking for more bargains instead of trends. There are fewer impulse purchases. The buyer arrives with a very concrete vision of what he wants to buy, they no longer walk around,” commented Gerli.

The Gollo chain of stores, for example, assure that the opening has worked. “In this month we see a positive response in sales, we have made a great effort to keep the employment of our more than two thousand employees and the payroll is still intact,” said Eduardo Córdoba, marketing manager for Gollo and La Curacao.

But Gollo and La Curacao are not traditional retailers, that is people purchase an item, pay for it and take it home. Their business is mostly on installment payments, a small down payment, and pay the balance a little bit each week or two weeks (payday).

However, Córdoba would not be specific on the downtown stores.

For its part, the Government denies the information circulating on social networks about an alleged total closure of economic activities and a possible shortage of products in the country’s supermarkets in days ahead.

“From the Government, we are clear about the situation facing the country in the face of COVID-19 and the economic consequences of this whole situation. That is why all the measures we have adopted to guarantee business continuity seek to protect employment and the fluidity of activity in the sectors.

We trust in the commitment of the various sectors and people to act responsibly in a controlled opening,” said the Minister of Economy, Victoria Hernández.

What’s around the corner? Your guess is as good as mine.

What has been your experience in San Jose lately? What changes have you seen (good and bad) over the years? Post your comments on our official Facebook page, Twitter or send an email.

QCOSTARICA - Different groups of protesters during the blockades organized by...
Read more
- paying the bills -

QCOSTARICA - A 5.1 magnitude earthquake was recorded at...
News