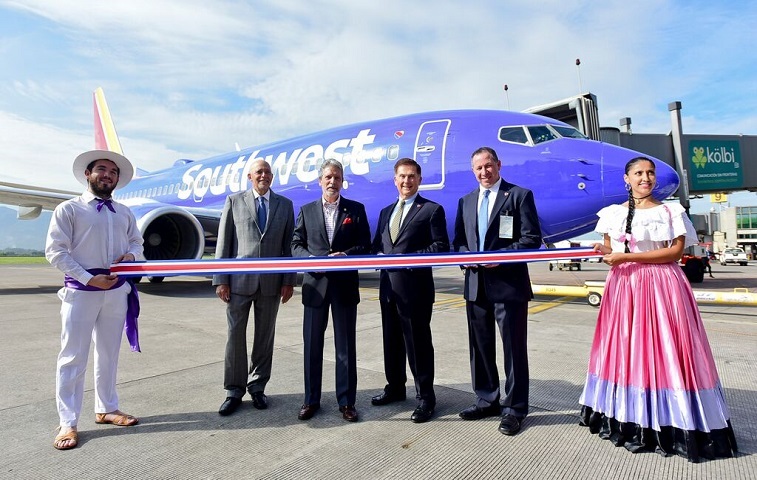 The San Jose – Houston, with a capacity of 175 passengers, is the second regular flight by Southwest in Costa Rica. Last March it inaugurated its San Jose – Baltimore flight.

“Costa Rica is a competitive tourist destination. This is demonstrated by Southwest Airlines in selecting our country with their first destination in Central America,” said Mauricio Ventura, Minister of Tourism.

In November, Southwest will add two more flights to the Liberia airport (Guanacaste), daily flights to Houston and weekly to Baltimore.