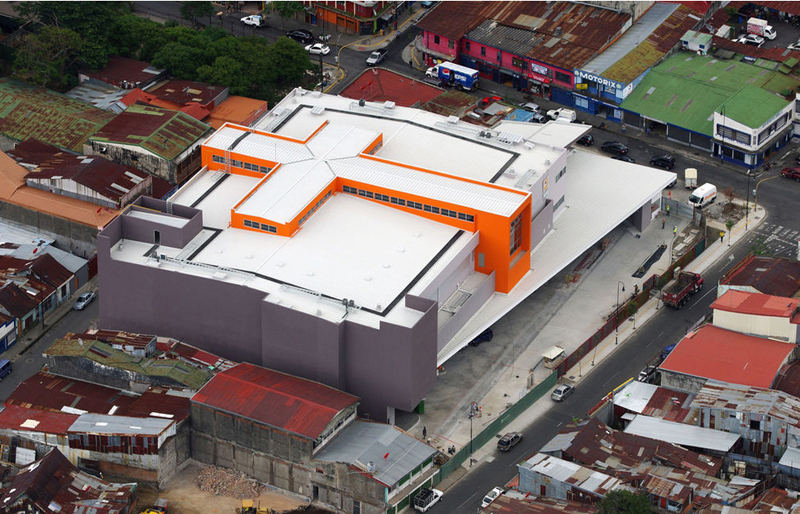 (qCOSTARICA) – Located at the corner of Avenida 7 and Calle 10, on the north side of downtown San Jose, six bus companies will be working under one roof, in a new terminal that will be inaugurated Monday, August 3.

The terminal, called Terminal Central de San Jose 7-10, developed by Portafolio Immobiliario, is located diagonal to the former Libano cinema, where for years sat an empty lot, in one of San José scuzzy areas.

The six have been spread out in various locations a few blocks from the new terminal, some, like the La 400 using the public street as its terminal. 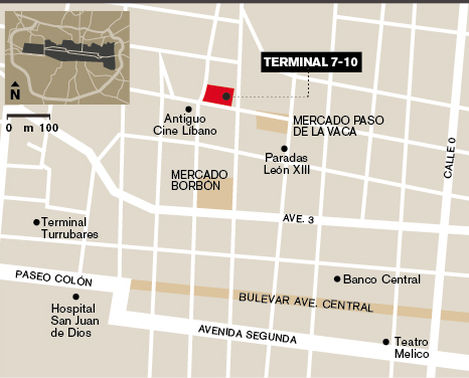 The enclosed terminal is a four-story building that also include a commercial area, offices, a parcel centre, and a lounge for bus drivers. The terminal also has parking where people can leave their cars while travelling by bus.