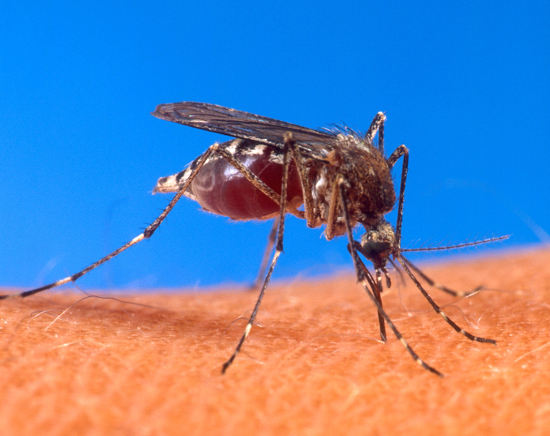 Roberto Castro, head of the Departamento de Vigilancia del Ministerio de Salud, confirmed the Santa Ana resident had returned from a visit to the Dominican Republic, one of the countries with the highest incidences of the infection on the continents, last week.

According to Castro, the symptoms and the visit to the Dominican Republic leads doctors to believe CHIKV.

Besides the Santa Ana man, a boy in Corredores (Puntarenas) remains the in isolation at the Hospital de Ciudad Neily suspected of being infected with CHIKV. In that case, doctors are waiting on results from the Centers for Disease Control and Prevention (CDC).

Chikungunya is an arthropod-borne virus, of the genus Alphavirus, that is transmitted to humans by virus-carrying Aedes mosquitoes.

CHIKV is transmitted similarly to dengue fever and causes an illness with an acute febrile phase lasting two to five days, followed by a longer period of joint pains in the extremities; this pain may persist for years in some cases. The best means of prevention is overall mosquito control and in addition, the avoidance of bites by any infected mosquitoes. There is no specific treatment but medications can be used to reduce symptoms.

The incubation period of chikungunya disease ranges from one to twelve days, typically two to three. The majority of those infected will develop symptoms. Symptoms include a fever up to 40 °C (104 °F), a petechial or maculopapular rash of the trunk and occasionally the limbs, and arthralgia or arthritis affecting multiple joints.

Other nonspecific symptoms can include headache, nausea, vomiting, conjunctivitis, slight photophobia and partial loss of taste. Ocular inflammation from chikungunya may present as iridocyclitis. Retinal lesions may also occur. Pedal oedema (swelling of legs) is observed in many patients, the cause of which remains obscure as it is not related to any cardiovascular, renal or hepatic abnormalities.

Common laboratory tests for chikungunya include RT-PCR, virus isolation, and serological tests. Virus isolation provides the most definitive diagnosis, but takes one to two weeks for completion and must be carried out in biosafety level 3 laboratories. The technique involves exposing specific cell lines to samples from whole blood and identifying chikungunya virus-specific responses.

The Aedes aegypti mosquito biting a person. The most effective means of prevention are protection against contact with the disease-carrying mosquitoes and mosquito control. These include using insect repellents with substances such as DEET (N,N-diethyl-meta-toluamide; also known as N,N’-diethyl-3-methylbenzamide or NNDB), icaridin (also known as picaridin and KBR3023), PMD (p-menthane-3,8-diol, a substance derived from the lemon eucalyptus tree), or IR3535. Wearing bite-proof long sleeves and trousers also offers protection.

In addition, garments can be treated with pyrethroids, a class of insecticides that often has repellent properties. Vaporized pyrethroids (for example in mosquito coils) are also insect repellents. Securing screens on windows and doors will help to keep mosquitoes out of the house. In the case of the day-active Aedes aegypti and Aedes albopictus, however, this will have only a limited effect, since many contacts between the mosquitoes and humans occur outside.

There are currently no approved vaccines available. A phase II vaccine trial, used a live, attenuated virus, developing viral resistance in 98% of those tested after 28 days and 85% still showed resistance after one year. However, 8% of people reported transient joint pain and attenuation was found to be due to only two mutations in the E2 glycoprotein. Alternative vaccine strategies have been developed and shown efficacy in mouse models but have so far not reached clinical trials.

Currently there is no specific treatment. Efforts to improve the symptoms include the use of NSAIDs such as naproxen, paracetamol (acetaminophen) and fluids. Aspirin is not recommended.

- Advertisement -
Paying the bills
Previous articleU.S. Embassy San José Clears Up Confusion Over U.S. Coast Guard Vessels in Join Patrols in Costa Rica
Next articleSurprising, or Maybe Not, Is The Tico Lust for Sex