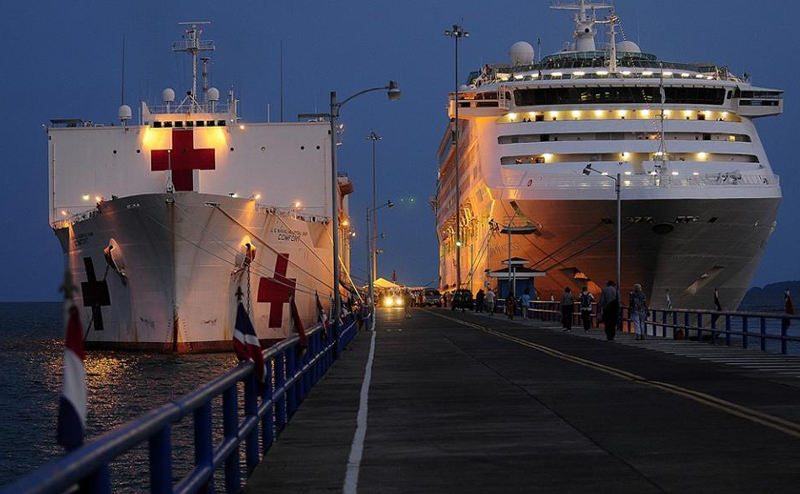 On its Facebook page, the U.S Embassy in San José, posted an article about the confusion surrounding the debate in the Legislative Assembly on the permission for U.S. Coast Guard vessels to participate in join patrols in Costa Rica and the questioning by some whether the U.S. offered some cooperation with the Costa Rican youth at risk.

The posts, says, “Perhaps they have not been paying attention to us.”

The Embassy notes the that over 600 young Costa Ricans have graduated the scholarship program “Access”, an intensive English language learning program.

That since 2010, the communities in the Talamanca region and elsewhere in Costa Rica, have benefited from humanitarian medical missions of the hospital ships, USNS Comfort and Iwo Jima, with workshops and donations of medical equipment from the U.S. military.

That the United States has provided donations of more than US$3 million dollars to Costa Rica non-government organizations that work directly with youth at risk, thanks to funding from the Central America Regional Security Initiative (CARSI). The donations exceed the funds received  by the Border Police, a unit of the Costa Rican police who are already contributing greatly to the safety of Costa Rica.

The note says these are examples of U.S. engagement with civil society and youth at risk and some samples of their support.

​​Gonzalo R. Gallegos, the Chargé d’Affaires at the Embassy recently said, “the tired rhetoric of the sixties on imperialism does not have any real relevance to the majority of Costa Ricans who have abandoned the 1960s and joined us in the 21st century. They understand the deep partnership between the U.S. and Costa Rica, in areas such as economic development, education, clean energy, and yes, in security.”