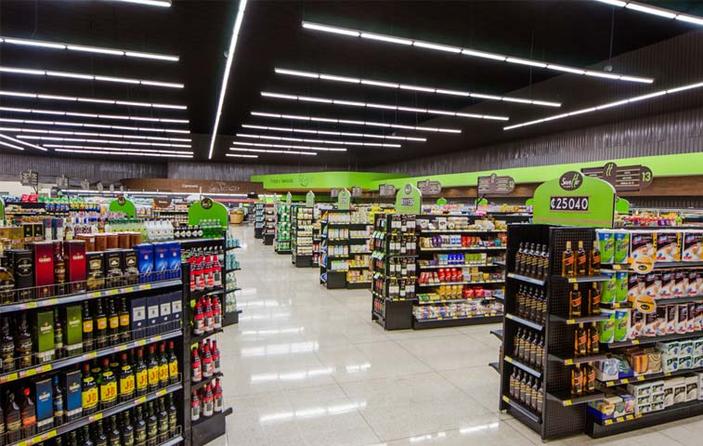 (TICO BULL) The Saretto supermarket in Escazú has undergone an overhaul, renewing its image, giving its customers with a new shopping experience.

The store, located 300 metres east of Walmart, was once the premier supermarkets for foreigners in San José’s west end, offering up a variety of imported products that were hard to find at competitor stores.

Over the years, with the growth of chains like Automercado and the arrival of Walmart, the Saretto store became a dinosaur. On my last visit a couple of years ago, many of the shelves were bare, the lights dimmed low, it almost felt like an abandoned warehouse.

There was no longer a reason to go to Saretto. Most of the imported Italian pasta and sauces, etc. were now available at Automercado. As most of the U.S. imports that Saretto carried could now be found at Masxmenos and Walmart with stores everywhere, eliminating a special trip to Escazu.

But old habits die-hard and every time I drove by Los Anonos, I was tempted to stop in at Saretto, but then remembered, what for?

Today, the new Saretto is upbeat, clean, the lights are bright and the some 40 people who work in the store once again have a smile on their face and are happy to serve.

Yes sir, Saretto is back and time to renew ties with my past.