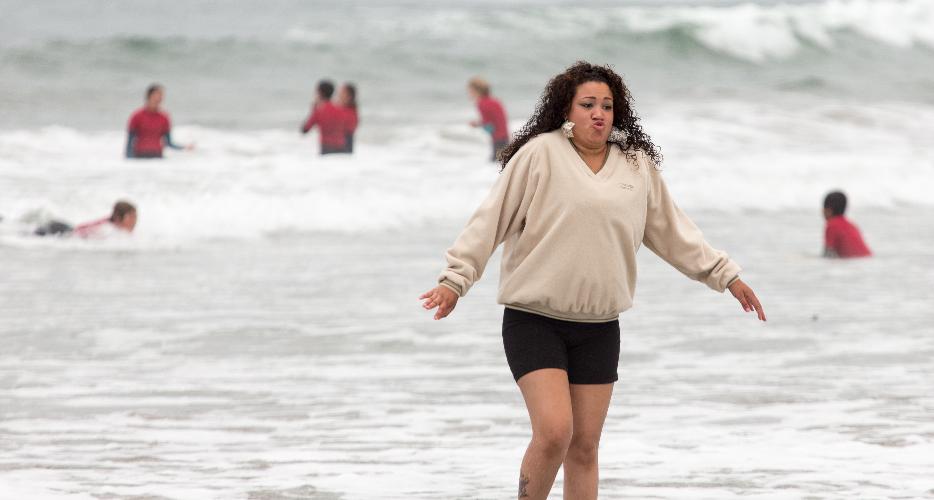 (QMENTIRAS) – Presidenta Laura Chinchilla declared a State of Emergency yesterday as the polar vortex that froze most of North America blew in to Costa Rica and sent thermometers plunging to a record low 73°F (23 °C).

Chinchilla urged Costa Ricans to take precautions as the Nordic front pushed south, encouraging citizens to wear covered-toe sandals and heavier tank-tops or even short-sleeved shirts. She also suggested that women wear adult-sized skirts, and for men to use less hair gel in case of a deep freeze.

“We could be facing a national crisis,” Chinchilla said in a national address beneath an umbrella to deflect the frosty dry season sunshine. “If Niagara Falls can freeze, who’s to say that Rio Celeste or La Paz waterfalls isn’t next?”

Beachgoers also had vacations disrupted by the Arctic air, as tourists complained of below bathwater Ocean water temperatures and not getting as tan as desired.

“I don’t even know why I brought Cocoa Butter,” said U.S. tourist Candice Camelot, as her forehead beaded with sweat outside a Playa Hermosa resort. “My boyfriend only surfed for four hours yesterday because the water was like ice.”

The National Meteorology Institute said the front should pass by Sunday as temperatures will rise to an only-chilly 85-86°F (30°C). In the meantime, citizens are advised to keep their home and car windows partially closed and, if necessary, to burn trash in their living rooms to generate heat.

- Advertisement -
Paying the bills
Previous articleAre There Gangs in Costa Rica?
Next articleBriBri