Saying “I Do” in Nosara: Costa Rica Grows as a Wedding Destination 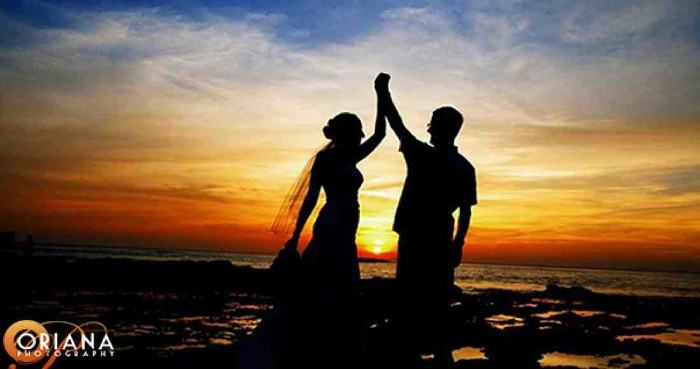 By Emiliana Garcia, Vozdeguanacaste.com – Costa Rica is the third most popular country for newlyweds to enjoy their honeymoon, according to Perfect Honeymoons & Holidays Travel. But the romance of the country, and in our case Nosara, isn’t just for honeymooners but also for those who want to celebrate their wedding in a different way.

The Central American country ranked third, just after Hawaii and Italy, and before places like Greece and Tahiti.

According to official figures released by the national weekly El Financiero,  about 166,000 people or 10.7% of tourists who arrived in the country in 2012 did so on their honeymoon, and although the Costa Rican Tourism Institute (ICT) does not have the exact figure of how many foreigners come to the country for their wedding, they do affirm that it is a growing market, especially among couples from the United States.

The ICT marketing director, Ireth Rodriguez, told El Financiero that while North Americans like to have their wedding and honeymoon in Costa Rica, Europeans prefer to get married in their own country and later travel to Costa Rica for their honeymoon.

Saying “I Do” in Nosara

The beaches in Nosara, like Guiones, Garza and San Juanillo, haven’t been left out of this trend.

In addition to local hotels that offer wedding reception services, there are now other businesses that work exclusively in this market niche.

One of them is Nosara Wedding and Events, an agency that helps lovebirds with the entire process of organizing a wedding. The two business partners, Nina Arias and Heather Barbieri, take care of all the details needed for a wedding: finding the place to hold the ceremony, the type of decorations to use, how to select the menu, how to negotiate contracts with service providers and even have a eco-wedding with organic food and an altar made of vines and palm leaves.

According to Barbieri, since the agency opened its doors in February of 2011, they have organized 33 weddings.

Another option for holding a wedding in Nosara is renting the exclusive Bed and Breakfast Tierra Magnifica, which has a magnificent ocean view and five-star service. The owner, Steve Jacobus, bought hte property in 2006 and started to offer wedding services a year later. Jacobus said that back then, “the weddings were smaller and simpler.”

Now Tierra Magnifica hosts an average of seven weddings a year with an average cost ranging from $40,000 to $ 60,000 dollars per wedding, including the complete celebration, the hotel stay for a week, food, yoga classes, tours and other activities and services.

Jacobus said that having a similar wedding in the United States would cost twice what it costs in Costa Rica.

Both Barbieri and Jacobus agree that Costa Rica is positioning itself even better a a honeymoon and wedding destination since the country enjoys a good reputation of friendly people, a stable economy, international flights at accessible prices and abundant nature. Jacobus mentioned that another important factor is that Costa Rica is safer than Mexico, where many North Americans tend to hold their wedding.

For Jacobus, those who want to say “I do” in Nosara are people that “have been here and know Nosara. They fell in love with Nosara and want to come back.”

The Weddings and Their Effect on the Local Economy

With every wedding held in Nosara, about 25 people are employed directly to provide a service. However, the chain of benefits to the economy does not end there.

According to Jacobus,   “It’s a large number for people involved in our weddings, which are likely to be the highest-end weddings in Costa Rica. You would have to factor in the jobs in San Jose with the rentals, wine and liquor distributors, food distributors and flowers, all things that we bring into Nosara. Also, because our clients must reserve Tierra Magnifica for the week, there are jobs that are covered in the hotels, transportation companies, tours, surf lessons, restaurants, etc.”

Oriana Fowler, professional photographer from Chicago, United States, arrived in Costa Rica to work and found herself taking photos of surf, but as time passed she started to photograph more and more weddings, especially in Nosara, where she lives.

“Wedding and family photography has become my primary occupation over the past two years,” said Fowler. “The weddings I’ve shot in Costa Rica are Nosara, Garza, Tamarindo area and Punta Islita.”

For Fowler, the country in general and Nosara in particular have much to offer for this emerging market.

“I feel blessed to photograph weddings here. You can have an amazing wedding with elegance in a stunning natural setting. And a destination wedding here also means you get a vacation in Costa Rica and can spend time with family and guests enjoying nature and laid-back pura vida time. Friends have time to meet, hang out and really relax for the week of the wedding.”

QCOSTARICA - Six out of ten people in Costa...
Trends