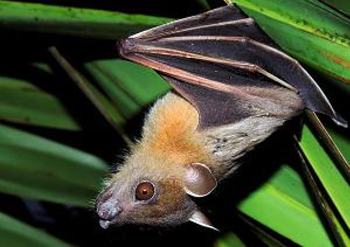 Ignored by most of the mainstream media, Costa Rica hosted the largest bat conference ever this month. More than 650 scientists gathered here to discuss the habits, diet and socialization of these fascinating flying mammals. 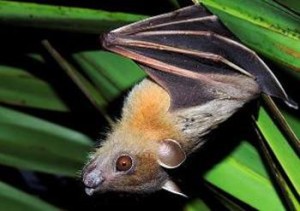 According to the TicoTimes, scientists from 50 countries discussed cutting edge research and conservation of this animal. Costa Rica has the highest diversity of bats of any country, University of Costa Rica researcher Bernal Rodriguez told Kane.

The oft-maligned mammal serves an important role in maintaining an ecological balance in this region, partly because of diverse diet of various genera of the creatures — consuming insects, fruit, nectar, fish, birds, small mammals and, of course, blood.

But this diversity was not the only reason for the conference’s size. Costa Rica is a more affordable point for researchers whose grants and other income sources are too small to afford more expensive conference destinations in the United States or Europe.

A good example profiled by Kane was Eugenia Cordero, a researcher dedicated to teaching children living near the Tirimbina Biological Reserve near Sarapiqui in Costa Rica’s northern interior. Her education program specializes in the Honduran white bat and shows the diversity of the mammal’s habits.

No dank caves for this thumb-sized insect-eater, the white chews the stem of a large leaf until it droops down to make a tent to water-proof shelter over the place where they gather to roost in bunches. She shows up to 500 children per year the bats happily roosting in heliconia plants, a male and his small harem, within a mere two-minute walk from the reserve station entrance.

Unlike so many animals, these diminutive creatures do not seem to mind kids peeking in on them or the light disturbance. (So much for that Bram Stoker myth about bats being enemies of humans.)

Another star research is Rodrigo Medellin from Mexico’s National Autonomous University with 40 years of studying bats and their environment. He underscored the benefit of bats for humans. Dwelling in caves in massive colonies of millions, they are credited with consuming 10 tons of insects every night with saving in pesticides of a million dollars per every 10,000 acres of crops.

He points out that even though companies like Monsanto produce more powerful insecticides, insects with vast number and a short life span have the ability to create resistance to chemicals within a short time. Those with resistance are less likely to reproduce in adulthood if they face a sky full of hungry bats.

Medellin could not resist taking on the Dracula myth that often stands in the way of bat conservation in Mexico and Central America. Of 100 kinds of bats, only three feed on blood. (They are more apt to target a dozing cow than human beings, anyway.)

Another star of bat study is expert Merlin Tuttle who is fascinated by Costa Rica’s wide variety. Although most bats are insectivores, one kind is vital to the sea bean which  Costa Rican artists carve into sculptures. The plant flowers only one night per year, producing a powerful sweet nectar that attracts the bats.

While the bat sips the rich sea bean nectar with its extended tongue, in split second the flower shoots a jet of pollen on bat’s lower body. Nor is this the only plant that reproduces with the aid of pollen-carrying bats. In this, the bat shares the vital function with bees and humming birds.

Bats also demonstrate high intelligence to researchers, such as one kind trained in a lab to respond to cell phone ring tones for food. Released in Panama, and recaptured (some after 800 days) the bats remembered that ring tones meant food — very handy memory for some bats that live 20 years or so.

Cori Lausen, a Canadian researcher working with acoustical location of bats, says that bat radar, handy for night flying and hunting, is not as straightforward as it sounds. Some insects have altered their sound “profiles”, others have evolved jamming and some can now detect the bat “sonar” and avoid being eaten.

The ecological warfare at night is changing as much as technological warfare evolved with night fighters and radar in World War II. Bat faces fascinate some researchers who believe that they aid in echolocation, like the “rhinocerous horn” on the Honduran white. But the bats also have wrinkles and other facial characteristics that can serve the same function.

They also feel that the bat uses some facial protuberances to test edibility of prey. They are in flight, after all, and cannot pause to mull over their food as do cats.