Scrap The DSLR, Give Me A Smartphone To Take Great Photos Of Costa Rica’s Volcanos 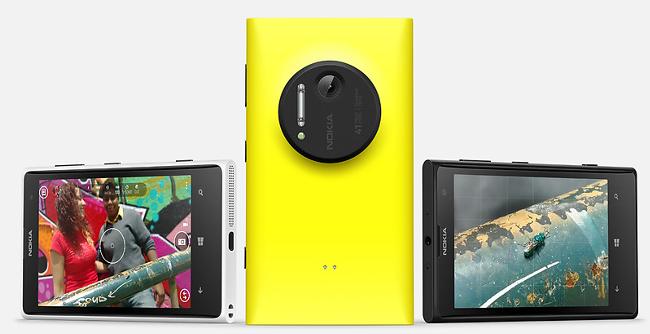 As the Arenal Volcano in Costa Rica reawakens from a two-year slumber, digital photographers are rushing to capture stunning pictures of the spectacular steam column, vapor trails and overall beauty of the prettiest colossus in our country.

Most of these photographs, however, are not being taken with expensive digital single-lens reflex camera (DSLR) equipment; instead, they are mostly taken by smartphones.

Granted, there are smartphones these days that deliver amazing digital photography and are thus similar in price as some DSLR cameras. Case in point: The Samsung Galaxy S4 Zoom and the amazing Nokia Lumia 1020, which has been described as a great digital camera that just happens to make mobile calls. With the Nokia Lumia 1020, pictures of the Arenal Volcano will more than likely come out great because this Lumia is a serious photographic device. In fact, National Geographic photographer Stephen Alvarez, who has captured gorgeous images of rain forests in Costa Rica, is currently on an expedition of the United States southwestern canyons armed with a Nokia Lumia 1020.

In the United States, the 41 Megapixel Lumia 1020 will set you back about $650, if you buy it outright and not with a mobile phone plan. You can expect this Microsoft-owned smartphone to cost well over $1,200 when it arrives in Costa Rica. The Samsung Galaxy S4 Zoom easily sells for about $860. If you can afford one of these smartphones, your pictures of the Arenal Volcano, Monteverde and other ultra-photogenic places in Costa Rica will surely come out great and you can stop reading now.

Those of you with older, scratched iPhones and cheapie Android-powered smartphones (or tablets) can still head out to our volcanoes and return with nifty pics. All you need is to read up on some tips about volcano photography, which you can find on the Flickr Volcano Photography Group. You also want to review the basics of smartphone outdoor photography, which transcend the point-and-shoot strategy.

The following apps will also help you capture great photographs of volcanoes in Costa Rica:

This simple app allows you to set your favorite digital photography parameters in advance. The app also does plenty of automatic correction, which makes it a portable digital darkroom for great photos.

HDR stands for High Dynamic Range, which according to Wikipedia is defined as

a set of methods used in imaging and photography to capture a greater dynamic range between the lightest and darkest areas of an image than current standard digital imaging methods or photographic methods.

TrueHDR turns the cameras of iPhones and iPads into highly satisfying digital photography devices by smartly locking in exposure, highlight and focus.

Tiffen is a brand name instantly recognized by serious photographers. Tiffen is the name behind Photo fx, which is a mobile app that delivers a set of high-quality digital filters, including neutral density and polarizers.

For Android users, there is Uber Iris Pro and a handful of free photo filter apps that range from the retro to the artistic, but if you are serious about keeping the integrity of your volcano photography in Costa Rica, you will probably want to stick to Uber Iris.