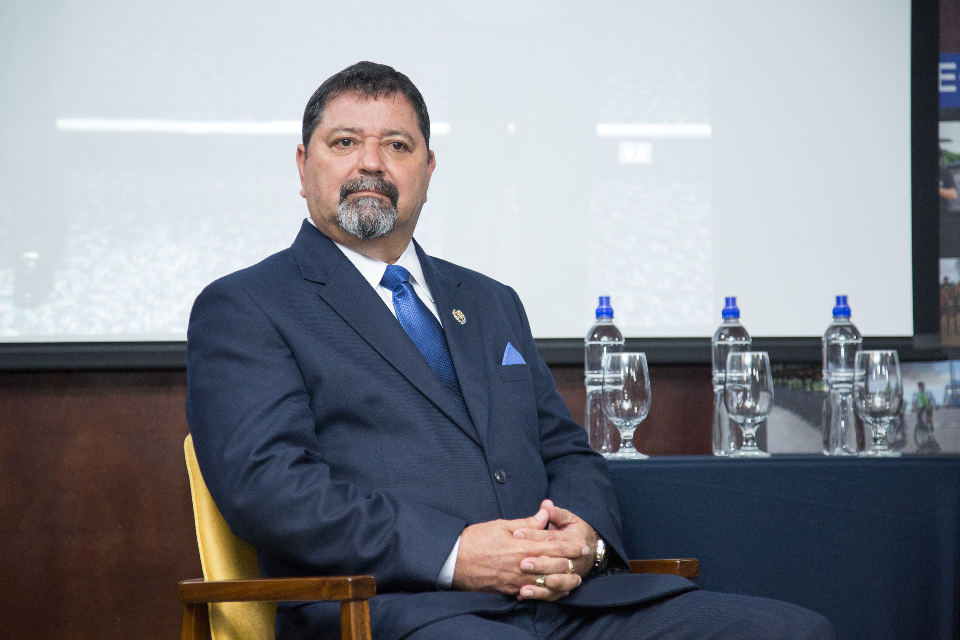 QCOSTARICA – Second in command at the Ministerio de Seguridad Publica (MSP) – Security Ministry –  Gustavo Mata has taken over command from his boss Celso Gamboa who resigned to take a prosecutor post.

Mata was Deputy Minister under Gamboa and obviously President Luis Guillermo Solis wanted an experienced cop to take over from the respected and popular Gamboa.

Mata takes over at a time when the population of the country are worried about their personal security in the face of organized crime in the form of gangs of drug traffickers that are often “subsidiaries” of bloody cartels from Mexico.

La Nacion broke the news Wednesday afternoon, based on “reliable sources’ in the ministry. Various members of the police staff had been informed and the announcement was program President Solis’s press conference Thursday morning.

Mata was director of the crack investigative division of the courts, OIJ, and later served as director pro tem. In February of 2013, he retired after having served 30 years in the court. But the 52-year-old lawyer did not stay retired long and President Solis tapped him to serve as Security’s second in command.

Lawmakers lamented Gamboa’s leaving as chief of the Ministry and union leader Albino Vargas accused him of deserting his post in the face of serious challenges represented by organized crime.