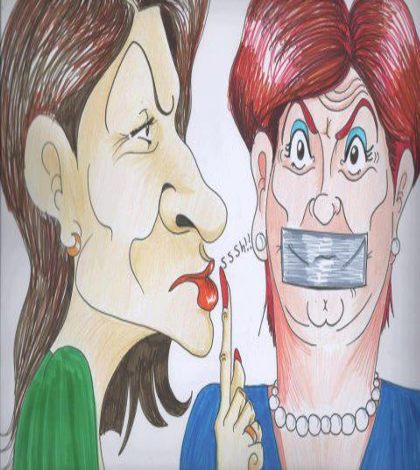 How does one define “secret political information”? Violation is a new law with no definable terms except by those who feel the author (s) have violated whatever and the hell it means. 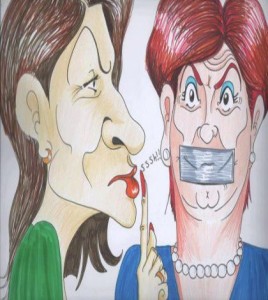 Please, Costa Rica, wake up and smell the coffee. We cannot afford censorship, even disguised censorship. This rule, this law this regulation is tad amount to gagging freedom of speech not only the press but of information. And, if there is a country that needs exposing, we are that nation!

We have a weird if not antiquated defamation of character law that can pin down just about anyone for anything controversial. Put that on top of “secret political information” and publishing of anything controversial becomes just a gamble, a cruel joke no better or worse than Cuba, China and Venezuela. Ergo, “I, my political beliefs are my own, do not publish them or I will sue the hell out of you if not put your butt in prison.” (The killer, thief, et al are not in jail; just moi.)

How dumb, how un-freed is that?

We all know such a law will not stand up in court, except in the press and that is where most accusations, charges are legally really tried. But, then again why do we do it? Why has Costa Rica succumbed to such horrible control of freedoms and horrible laws restricting oppositional view points from that of the government: “paja”? (Paja = Not as strong as bullshit nor as weak as “baloney” A wonderful expression, I think.)

The Chinchilla administration has avoided comment and the assemble has avoided even discussing this all new regulation or law. It sits, and just sits until a new president and new assembly comes along and says, Juan, you have violated the Secret Political Information Law: whatever and the hell that might be!

Does this mean the end to expose such as that of la Nación regarding la Trocha, the General Cañas Bridge or perhaps The Orozco six month degree course in law, the CAJA ….well that is never ending? Me? I am, sensitive to any form of information control, be it television or in print form.

It smacks of China, Russia and Cuba plus a few more in Latin America.

When Anastasio Somoza was a dictator of Nicaragua, the press realized that he who controls the media always wins. And, some gave their lives to combat that misconception. We do not need to do that, nor be so radical in Costa Rica. It is a question of openness, another step to transparency that is very much in demand and very much needed.

Government secrets pertaining to security is one thing, but political secrets are something entirely different and should be rejected in “shame”. Yet, little is being said, and as a nation we are willing to live with ambiguity, a censorship and a challenge of freedom. What I have always professed and always found defending has been openness of thought.

Today, I apologize to those who believed me.

- Advertisement -
Paying the bills
Previous articleGet Your iPhone5 Today In Costa Rica At Only US$1.100
Next articleOpinon of Chinchilla Still Low