Sharing the road with cyclists

Or why don't we build bicycle lanes 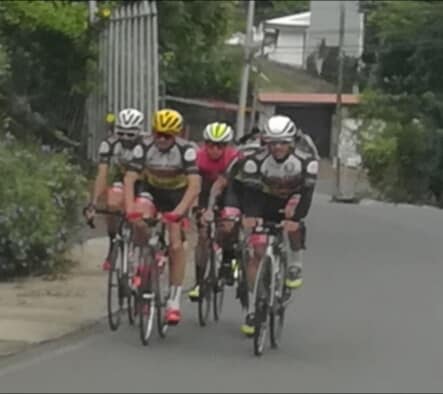 (Rico’s Digest) Our friend Joan Ritchie Dewar posted photos of what we all who were out with our vehicles this weekend experienced.

“It’s like dodging bullets! Wonderful to see bicycling enthusiasm, even whole families out for a Sunday ride, but scary at times on our narrow roads (with no shoulders) when they don’t keep to single file & 2m apart. Encountering literally hundreds in every direction, turning our early morning quest for groceries into a hit-me-not adventure,” wrote Joan.

For me, in my little world in Santa Ana, same thing on my way to and from the supermarket on Sunday. 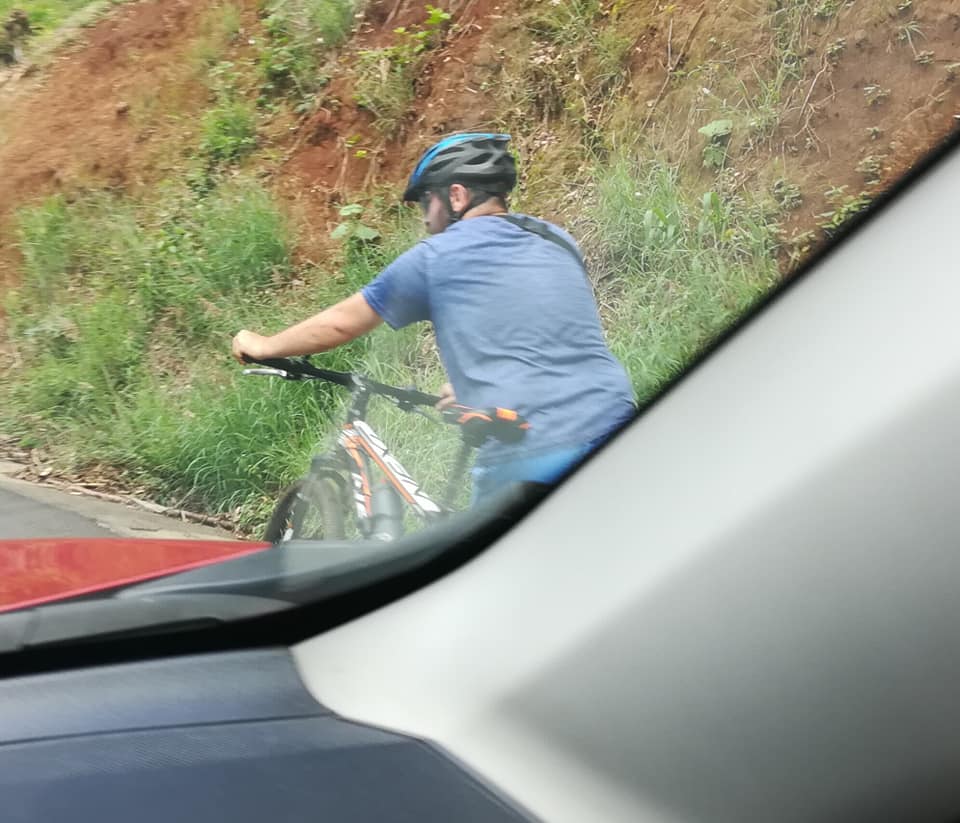 It’s not so much there are a lot of cyclists, it’s the few who insist on riding side-by-side or in the middle of the lane and then flip the finger, annoyed that we, as motorists, are asking to share the road.

One commenter said: “Start a bicycle lane initiative! Or bicycle paths. That’d be fab in CR!!!”. 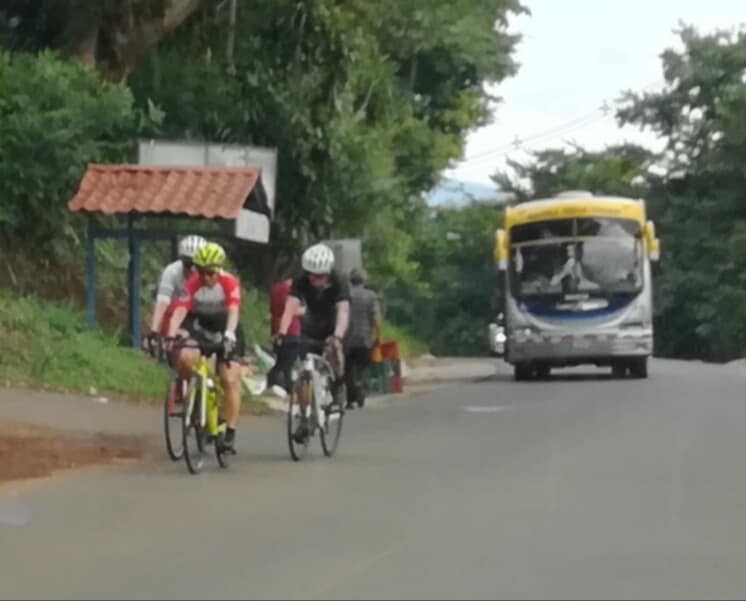 Great idea, but where would you put a bicycle lane on a two-lane road that barely fits two cars, bridges where cars have to pull over to give way to a bus?

I will use my little world as an example, the ruta 121, from the Cruz Roja to Piedades.

In the past 2 years, they have been working on replacing all the bridges. The work is done, but not completed as is typical in Costa Rica works.

The bridges are wider, 3 cars and sidewalks on both sides. Some patches of this road have wide sidewalks with green space so you are not abutting traffic. Other patches, the sidewalks so narrow, stick out your elbow or arm and you will be hit by a vehicle.

And for most of the road, there are no sidewalks at all, you are walking with traffic. No choice.

Now, where would you put a bicycle lane?

The ruta 121 is typical of many roads, especially in older areas such as Santa Ana or Escazu, where the roads were built for ox and carts. Today they are paved, but the same roads.

The battle of sharing roads with cyclists and pedestrians is not new. The problem is greater today because there are more pedallers and fewer cars.

What I have personally experienced, both driving and walking, is the complete unwillingness of cyclists to share the narrow roads, as they own the road, their road.

BTW, the same thing happens with shoppers and their carts.

Thanks for listening. Stay at home. Stay safe. Stay healthy.

(QCOSTARICA) It's the weekend and weather permitting, a great time for...
Read more

Despite call not to, cyclists disrespected the minister and took to the streets in groups

(QCOSTARICA) The long arm of the Minister of Health reached out...
Read more