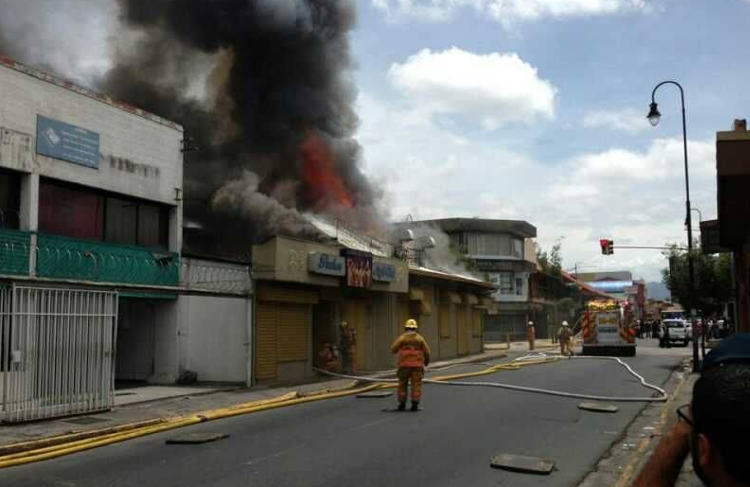 Firefighters responded to a call Sunday morning of a fire in a soda (small restaurant) next to Pucho’s at corner of Avenida 10 and Calle 11.

Although firefighters were able to bring the fire under control in less than 20 minutes, the fire had spread rapidly due mainly to wood construction and fibreglass insulation, destroying the soda and the club.

Pucho’s Nightclub is described as a gay low-rent (and significantly raunchier) than some male outpost, featuring scantily-clad go-go boys and over-the-top drag shows.