“Since Moving to Costa Rica, Our Days are Relaxed, and not Rushed…” 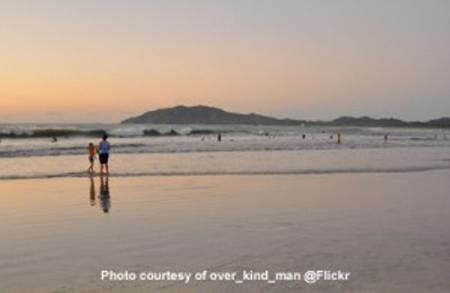 When Brian and Stephanie Gough went on vacation in Tamarindo, a stunning stretch of palm-fringed shoreline on Costa Rica’s northern Pacific coast, their lives changed forever. 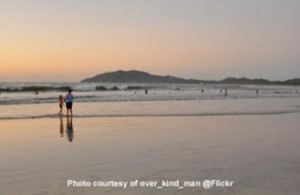 They had such an incredible time that they couldn’t bear the thought of going back to their old lives. So they bought a local restaurant.

“We fell in love with Tamarindo,” says Brian. “And we went in a real estate office and there just happened to be this pizza place for sale. It was random.”

It was February 2010. By May they had returned to open shop. But the couple didn’t want to do pizza and although they felt that a breakfast place or maybe bagels could work, the early morning starts didn’t appeal. So, they spoke with local expats about what they felt was missing from the community… and then decided on a barbecue restaurant.

Longboards BBQ, in the heart of postcard-perfect Tamarindo, was born.

Back in Denver, Colorado, Brian and Stephanie had owned a series of neighborhood sports bars. Before the move, Gough was spending 80 hours a week managing the establishments and spending his spare time thinking about how to bring in customers. While he was at one bar, his wife was at another.

“Steph and I barely saw each other,” says Brian. “We would be together maybe 10 hours a week.”

Longboards changed that. Today, they live in a condo next door and there’s plenty of time for surfing and spending time with the family (the couple has a young baby now). Stress levels are lower and quality of life is way up.

“Here, my day-to-day life revolves around my daughter,” says Stephanie. “I’m blessed to be able to stay home with her instead of working. I would not have been able to do that in the States. Our days are relaxed, and not rushed. We rarely have a time frame for anything and I’m no longer a slave to my cell phone.”

When he leaves the restaurant Brian is able to turn off “work mode” and fully relax, something he couldn’t enjoy in the U.S. “When you’re driving around in the States and looking at other people in their cars, nobody has a smile on their face. They’re worried about bills… about their job. That’s what’s different here,” says Brian.

Longboards is now well-known by expats and visitors alike for its top quality barbecue. In Tamarindo, a particular challenge was finding the right meat. The cuts are different, for one thing. But Brian’s refined his techniques. “The food is way better than it was when we started,” he says.

There have been some other adjustments. In Colorado, the sports bars lived on regulars. As a tourist town, Tamarindo businesses make their money during the high season. And Brian says they’ve been able to attract customers by keeping the focus on quality and keeping prices low.

And business is good.

“Good enough that we get to stay,” says Brian, laughing.

By Jason Holland, from International Living/QCostarica

- Advertisement -
Paying the bills
Previous articleHow Much Is It Worth & Can You Pay?
Next articleMall San Pedro: No Security Cameras?