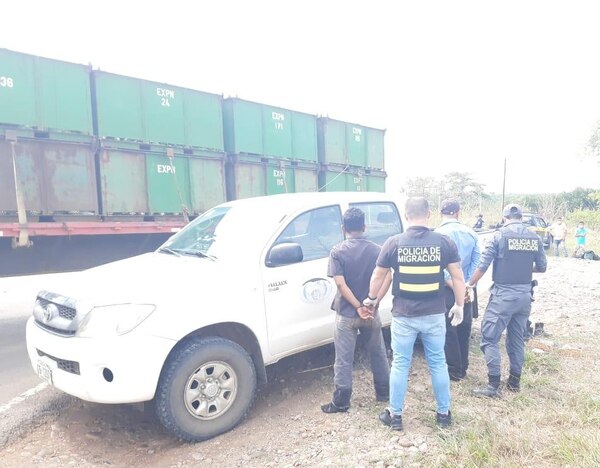 The San Carlos Flagrancy Court sentenced a trucker to six years and six months in prison who facilitated the illegal entry of two foreigners, along the northern border, during the coronavirus emergency.

On Thursday, the court the man identified by his last names Santos Rios, a resident Los Chiles, guilty of the crime of smuggling of migrants, between April 16 and 17 of this year, through the Tablillas sector in Los Chiles.

According to accusation and the immigration police, a person, still not identified, helped two foreigners enter the country illegally and took them to Santos Rios who was waiting for them, who gave them accommodations of the night and then moved them to the own of Pavon, in exchange for ¢30,000 colones each.

But on the way, Santos Rios ran into a roadblock, he fled, police gave chase and intercepted him in area of La Chalupa.

Article 249 of the General Law on Immigration (8764) establishes a prison sentence of four to eight years “for anyone who drives or transports people, for their entry into the country or their departure from it, through authorized or non-authorized places by the competent immigration authorities, evading established immigration controls or using data or legal documents, or false or altered, or that do not carry any documentation.

According to Immigration figures, since March 19, when the “secure borders” operation began, they have registered 12 cases of migrant smuggling, where 15 people have been arrested, 13 are men, and two women.

On Tuesday of this week, two individuals were arrested, also in the community of La Chalupa, in Los Chiles, for smuggling of migrants. The two men, identified as González and Flores, were in charge of receiving two foreigners in the border area of ​​La Trocha in order to transport them by motorcycle to La Chalupa.

The foreigners had previously been rejected, but they tried to enter again through a blind spot, for which they contacted González and Flores who charged him the sum of ¢40,000 to enter them illegally in Costa Rican territory, the Immigration service reported this Saturday.

- Advertisement -
Paying the bills
Previous articleRestriction for vehicles and shops this Sunday, May 10
Next articleCoronavirus in Costa Rica: 7 new cases, total reaches 780