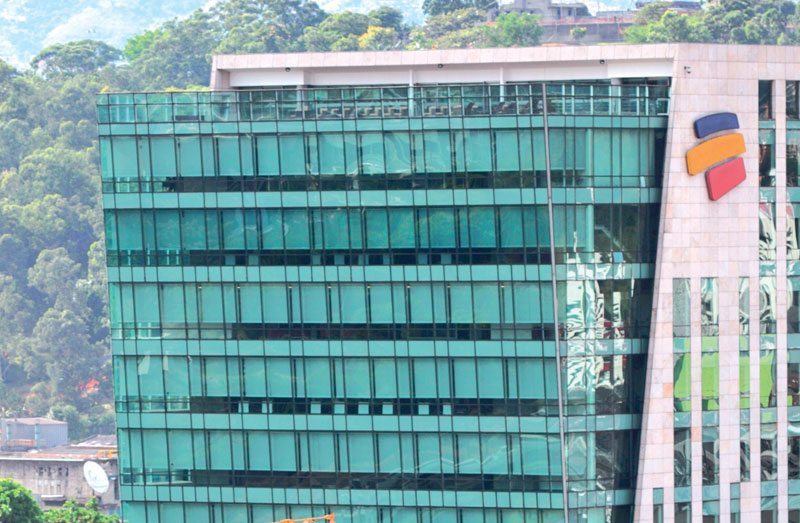 (TODAY COLOMBIA) By Colin, Expat-Chronicles – Around 2011 and 2012 the city of Medellin, Colombia began trying to bill itself as the Silicon Valley of Latin America. It is a wealthy city on Latin American standards, so Colombians and specifically residents of Medellin had a field day with that new image to replace the whole Pablo Escobar / cocaine cartel brand.

I was always skeptical given the lack of a highly educated workforce – and by highly educated I mean computer programmers. I always thought it was more of a self-indulgent promotion of something sexy than a dispassionate decision based on cold analysis. But maybe they could import the high-level coders and start from square one. Who knows?

The subject once came up on the now-defunct Expat Chronicles forum, and I’ll share a very interesting comment from Ajiaco, a gringo who works for a software firm based in Bogota.

This article is a bit like any other propaganda article in the foreign press about Colombia’s economic potential: it vastly overstates the case. But there is a nascent tech industry here. Colombian venture capital is only in its infancy, but lots of tech companies have gotten venture capital from the US, especially from Latino-run VC firms based out of Miami.

I work in the tech industry in Bogota, at a company that began as a Colombian startup about a decade ago. One of the most pleasant things about working for my company is that they think much more like a US company than a Colombian one. It’s all about the end result, and hierarchy exists but is rarely acknowledged. Our products are sold to companies throughout the Americas, including the US, and soon will be available throughout other parts of the world as well. It is possible to do in Colombia.

Medellin is a great town, full of good businessmen. Its quality of life crushes Bogota’s. But Bogota has the advantage of being the capital, and being the home of the vast majority of the country’s best universities. I don’t see how Medellin competes in the long term on tech.

Not exactly a condemnation, more of a mixed bag. But then Philip Beere, green-tech consultant who worked for the city of Medellin for a few years, published this bomb on LinkedIn: The Innovation Struggle of Latin America and The Medellín Marketing Machine.

Medellín markets itself as the most innovative in the world, in hopes of attracting start-ups, entrepreneurs, and multi-national companies.  To this end, the city constructed an innovation center; a massive LEED-certified building named Ruta N (or, Route North).  With square footage to fill, the city achieved a minor coup by signing Hewlett Packard as their anchor tenant in 2012.  The Hewlett Packard brand was intended to attract start-ups and international entrepreneurs.

So far so good. Are you a big-shot gringo eyeing MDE? Be sure to stay at an Expat Chronicles-recommended Medellin luxury apartment.

In an attempt to rebrand the city, Medellín’s mayor chases awards and recognition for the city.  This plan included bringing international concerts to the city, such as Madonna and Beyoncé, and paying millions of dollars to host the World Urban Forum.

How did the plan go?

Then, in 2012 Facebook hosted an innovative cities contest.  The contest was promoted by the WSJ and Citi.  At stake, winning the designation, “City of the Year: innovation”. The criteria was straight forward, the city with the most Facebook likes wins.  Medellín citizens were reminded to vote daily.  The plan worked, Medellín received the most Facebook votes and was declared ‘City of the Year’ for innovation.  Then followed a marketing campaign to attract entrepreneurs and innovators.

That was based on votes? I thought it was for their escalator and gondola, and the light-rail metro – that’s innovative isn’t it!

In 2015, Hewlett Packard walked away from a 15-year lease at Ruta N. This left Ruta N without an anchor tenant and international brand. Recently, Huawei committed to leasing the space previously leased by Hewlett Packard.

Shortly after Hewlett Packard’s departure, Kimberly Clark cancelled plans to construct an innovation center in Medellín, citing obstructions by local officials and a void of top-level local talent.  According to an anonymous source at Kimberly Clark, all but one of the local engineers hired to conduct research and development at the center were terminated, for what was described as and inability to perform and complete tasks to Western standards. The Kimberly Clark feedback is echoed by an OECD study, which places Colombia last in critical thinking.

Facebook no longer has contests for cities and innovation. Such contests have gone away, replaced with measured approaches, such as the 2thinknow index and patent reports.  Many who were seduced by Medellín’s marketing campaign and verbal commitment to innovate, including Hewlett Packard and Kimberly Clark, have left.  Not only has Medellín lost two top brands, but the city has also lost entrepreneurs who gambled on doing business in the former city of Pablo Escobar.

And how does MDE do in the measured approaches?

But they beat El Paso! Now they trail Albany …

Alan Colmenares, a Venture Capitalist from the United States, came to Medellín to sponsor Founders Institute, a tech-mentorship program. The program successfully graduated two cohorts. The business model [included] Silicon Valley CEOs [mentoring local MDE entrepreneurs], which in some cases resulted in venture capital funding.  Early success stories include Diego Benitez and his SiembraViva, and Daniel Morales and his FloresyMas…

Initially, Ruta N seemed to embrace Colmenares’ Founders Institute.  But, things came to an abrupt halt when there was a leadership change at Ruta N, which attempted to replace Colmenares’ program with one of their own. The Ruta N plan featured local businessmen as mentors instead of the Silicon Valley-based CEOs.

The Ruta N homegrown program has yet to produce a market proven startup.

What does Adriaan Alsema, editor of Colombia Reports and resident of Medellin, say about all this?

“The government has simply embarked on a very clever and effective marketing strategy, using the 2012 WSJ contest as a confirmation of something that never existed. Following the rigging of the contest, the government made many promises, but none of them have materialized,” Alsema said. “Things have changed, or unraveled rather, since the city began promoting itself as innovative. For a while, it looked like the local government was serious about innovation, but that was just window dressing.”

Instead of funneling resources into winning awards and installing billboards, there is a need to solve problems that will make the city more livable and attract and keep innovators.  Needed, policy to address severe inequality, transparency or corruption, gender equity, the environment, and hunger.  One might say, Medellín boasts a pride too strong to openly discuss these issues, and would prefer to keep the negative topics out of the innovation conversation.

And the closing thought:

Each city has its own issues that obstruct their path toward innovation. The question for Medellín and other cities, is it realistic for them to create a culture of innovation?

Read the whole article for details I completely left out.

Looks like the air was sucked out of the whole Silicon Valley of Latin America. You can feel that disappointment in 6 Things to Consider Before Moving a Startup to Medellín, which smacks of a warning for an otherwise booster of MDE.

Let’s finish on a positive note. Back to Ajiaco on the defunct forum:

I think it was mentioned in the comments of this article that there is an influx of talented Venezuelans coming to Colombia who are fed up with how things are going in their home country who are also bolstering all sorts of commerce here. It’s a huge brain drain out of Venezuela of people who don’t think the current government is working for them, and at least in some ways is working to Colombia’s advantage. It is certainly making Bogota the logical choice for local company headquarters in the northwestern part of South America. Facebook just opened an office here, and Google, Microsoft, IBM and almost every other notable tech company also has a branch here.

So let’s build on an actual strength, and in Colombia’s case that means strong cultural connection and physical proximity to the gravest humanitarian crisis and most sweeping brain drain in the history of the hemisphere. Venezuela’s nerds and Colombia’s nerds, come together and make a TECH HUB. Even if it’s not in Medellin, just make one!