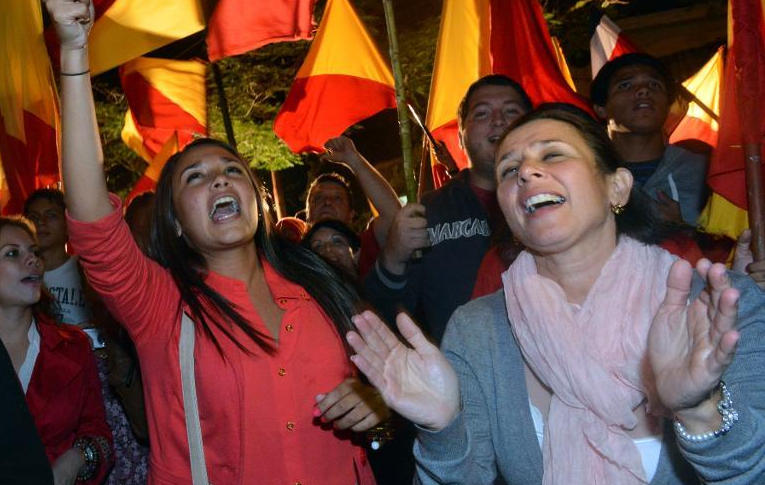 Luis Guillermo Solis, one of the presidential candidates near the bottom of all the polls during the election campaign, took on a surprising lead in Costa Rica’s presidential election, ending with a 1% margin over favourite, Johnny Araya, and will now face each other in a run-off vote on April 6.

Long considered the “Switzerland of Central America” for its peaceful and stable democracy, Costa Rica has seen a string of corruption scandals during the administration of outgoing president Laura Chinchilla, the country’s first female president. The scandals, combined with a sharp and growing income disparity between the haves and the have-nots, seriously hurt the Partido Liberacion Nacional (PLN) official candidate.But the corruption and scandals were not only of Chinchilla, the PLN and Partido Unidad Social Cristiana (PUSC), the two parties that have alternated rule in Costa Rica for decades, also had its share. They are the “establishment” that the majority of Costa Ricans voted against in 2014. It will be two months before we know if that trend continues, and Solís will again come out on top and form the next government.

Solis — a historian by training and candidate for the Partido Accion Cuidana (PAC) — won 30.8% of the vote, narrowly ahead of Johnny Araya from the ruling right-wing PLN, who had 29.6%.

In third place with 17% was the man everyone thought would be in the run-off, the Frente Amplio candidate Jose Maria Villalta, who was branded by some as a “communist” and who himself blames the “fear campaign” for his poor result.

“We are going to win because we are a people that has decided to change!” a euphoric Solis told thousands of cheering supporters gathered at his campaign headquarters. “A wave has risen like a great tsunami sweeping away traditional politics forever,” he said. 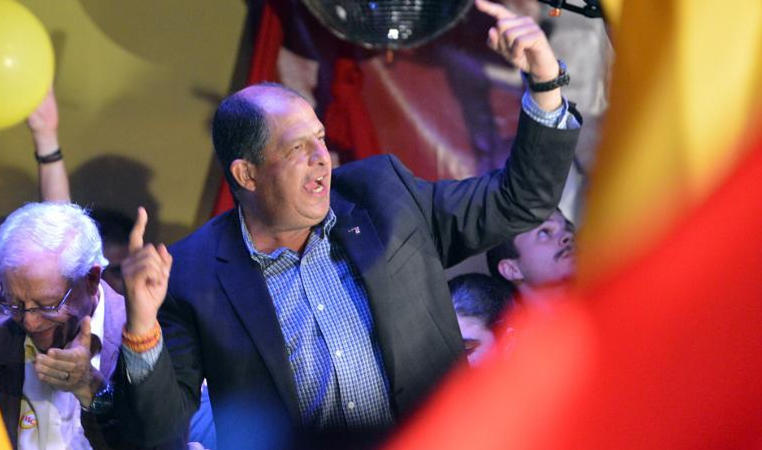 Solis has never held political office and was largely unknown until months ago, though he has worked in several PLN administrations and once served as ambassador to Panama.

In early January, polls showed that Solis had only five-percent support among voters. His party, formed to fight corruption and support of better income distribution, is just 13 years old. In 2006 and in 2010, the PAC was a major force, almost winning the presidency under the leadership of Otton Solís (no relation to Luis Guillermo).

Solis’s stunning rise was as surprising as the collapse of Villalta, who pre-vote polls showed as having a chance at bringing the political left to power in this conservative Catholic country for the first time.

Villalta had emerged as the leading anti-corruption, anti-establishment candidate until he faced a barrage of attacks from Araya, who portrayed him as a pro-gay marriage communist.

While the 55 year-old Solis benefited from Villalta’s drop, Araya — a 56 year-old long time mayor of the capital San José — was dragged down by his association with Chinchilla and eight years of PLN government.

“There is no doubt that the results show that we have not yet given enough clear signs to the people that we want … a responsible change in Costa Rica,”  Araya told reporters.

The next president, who will take office on May 8, will have to deal with a split congress and will need to be a skilled negotiator.

If Solis wins the April 6 run-off, it would be the first time in 50 years that a member of neither of the two leading parties — the PLN or the (PUSC) — is in power.