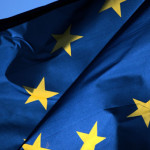 (TODAY COLOMBIA) – Spain said Friday it is anticipating the already approved visa waiver for Colombians that want to travel to Europe to go into effect in 2014.

The Spanish Secretary of State for International Cooperation and Ibero-america, Jesus Gracia Aldaz predicted the finalization of the agreement to be in the near future during a three-day visit to Colombia to discuss trade, cooperation and immigration issues, reported Caracol Radio.

The visa exemption allows Colombian citizens to travel visa-free in 26 European countries known as the Schengen area – with the exception of Switzerland and the UK which issue their own visa regulations.

Caracol Radio reported Aldaz saying that the “European system is very complex because you have to agree between Parliament, Commission and Council.” She also emphasized that the “basic agreement” of the matter had “already been achieved” at a meeting held last Friday in Brussels.

Colombia, which already shares a Free Trade Agreement with the European Union, has been trying for some time to achieve the free transit status enjoyed by the US and other international citizens.

The Interior Ministers of EU placed a restriction on Colombia and 132 other countries to access Europe without a visa in March 2001.

The initial appeal to the EU for visa-free travels by Colombian citizens was made by President Mariano Rojoy of Spain, an important acclamation to strengthen relations between Spain and Colombia.
– See more at: http://todaycolombia.com/spain-anticipates-eu-visa-waiver-for-colombians-done-in-2014/#sthash.rvRqHnty.dpuf