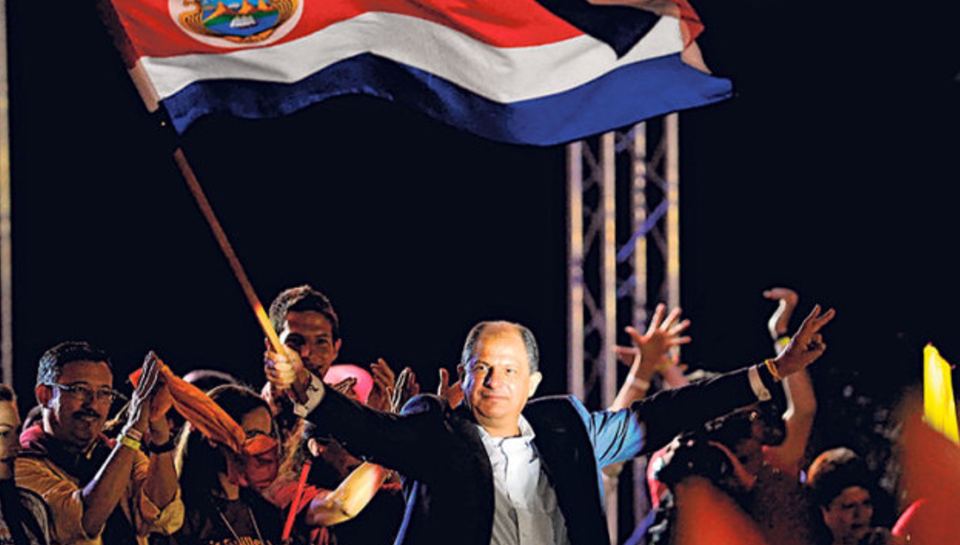 Letter on Faecbook urges people to stop calling President Luis Guillermo Solis an idiot and to look in the mirror first.

The letter describes problems especially as traffic chaos and employment.

The young woman, in her follow-up post, says she had no idea that it would have such an impact, “it was not my intention … but it is what it is.”

In her letter, she writes, “Stop calling the president and idiot. Stop calling him useless. If we have traffic chaos is because you are not able to respect a stop sign, or instead of yield to let someone by you accelerate, those of you who make a third lane on a road where there are only two, you have no right to call anyone a fool.”

Del Castillo continues with points like, “to you when a traffic official stops you, you offer ’10 rojito’ (10,000 colones) for coffee; when you have to go to Riteve you change the tires lent to you by your and then return it Don’t be a moron and do not call the president an idiot.”

Del Castillo touches on issues like on littering the streets, using ‘family contacts in government’ to get ahead of a line or a favour or to take cash to avoid paying taxes or speeding through a toll to avoid paying ¢100 colones or crash with the train, “you can call anyone else inept”.

Or if you have no interest in learning English and then complain that you can’t get a good paying job. Or won’t take the job because the pay is too low. Or get a medical leave just to skip out on work. Or read only the news headlines, the gossip instead of learning the facts. Or believe that in 2 years one man can change decades of corruption, “then you are the stupid one”.

The young woman closes her letter with, “If you really want to blame one person for the situation, do yourself a favor, look in the mirror and instead of saying ‘oh the dumbest president” and see your reflection. For a country is not made by only one person (the President). And believe that makes you the real idiot in history. ”

So far this morning, the letter post on Friday had more than 8.9K shares. The comments were positive, agreeing with the woman, but still believe the president is an idiot.

One commentary by Marco Molina said, “If only we all put in a bit for the country, we would be in a better situation, but of course as Ticos we seek the easy way out”.

(VOA) The World Health Organization (WHO) is warning that mass vaccinations against the novel coronavirus will not produce herd immunity this year. WHO chief scientist...
HQ

QCOSTARICA - A man who sexually abused and raped his granddaughter in Batán, Matina district, Limón, was sentenced to 20 years in prison on...
Coronavirus

(AFP) An Australian doctor who began inventing virus detection tools as a "hobby" is now helming a mammoth effort to ship the first non-prescription...
Tourism

(CNN) Most patients who had been hospitalized with Covid-19 still suffered a variety of symptoms -- including fatigue and sleep difficulties -- six months...