According to data from the OIJ, at the national level, between 2015-2020 there were 2,159 deaths from this cause, most of which occurred among the economically active population. 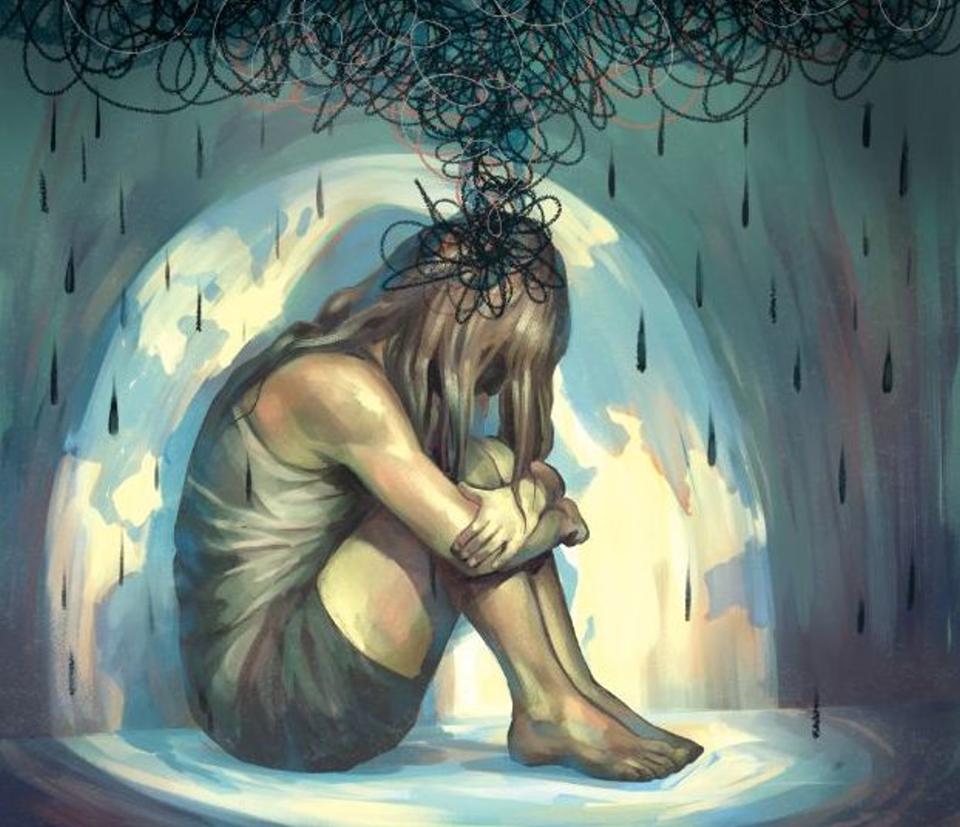 QCOSTARICA – Suicides in women went from 54 to 81 between 2019 and 2020, which represents an increase of 50%, during the first year of the pandemic. This is clear from the database by gender, of the Organismo de Investigación Judicial (OIJ) for the five-year period 2015-2020.

According to data, although between 2015-2020 there were 2,159 suicides, of which the majority (82.5%) were men —as has been the historical trend in the country—, it is precisely in the last year from that period when more of these deaths were reported in the female population. 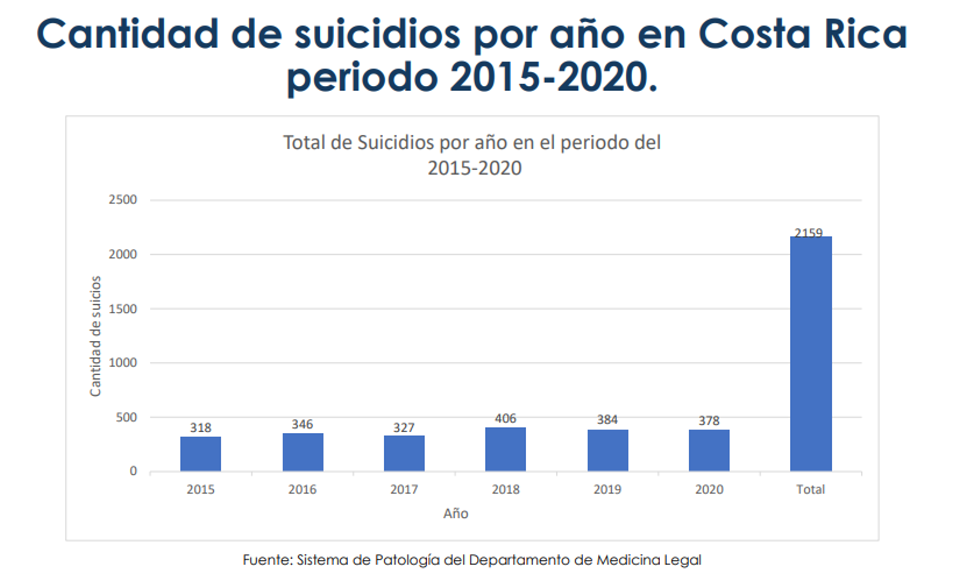 The impact on this group coincides with the results of the study Prevalencia and global burden of depressive and anxiety disorders in 204 countries and territories in 2020 due to the COVID-19 pandemic, published the previous year by The Lancet, which, in addition indicating that Costa Rica exceeded the world average in increasing depressive and anxiety disorders due to the impact of the pandemic, it pointed out that the most affected group worldwide were women and youth groups.

“With the data we can observe a 50% increase in deaths caused by female suicide 2019-2020, and if the Lancet study maintains that the pandemic affected young women more, one is tempted to relate that increase in female deaths with the impact on major depressive and anxiety disorders that mainly affected women,” Benicio Gutiérrez, researcher and professor at the Universidad Estatal a Distancia (UNED), told Semanario Universidad.

The spike in female suicide came at the same time the country was facing a spike in the female unemployment rate in 2020.

According to data from the Instituto Nacional de Estadística y Censos (INEC) or  National Institute of Statistics and Censuses, for the fourth quarter of 2020 the unemployment rate of the male population was estimated at 16.4%, which represented an increase of 6.9 percentage points compared to the same period of the previous year, while for women it was 25.2%, with an increase of 8.6 points.

According to the OIJ data, the largest number of suicides in the country during this five-year period are recorded in the economically active population, between 20 and 59 years of age.

“What could be influencing? Life happens, economic and personal problems, access to drugs, alcohol, among others,” said the OIJ forensic doctor, Magdalena Mora.

By region, the highest number of completed suicides occurred in the province of San José with 704, followed by Alajuela with 412, Puntarenas with 242, Heredia with 225, Cartago with 217, Guanacaste with 195, and Limón with 161.

In all provinces and at the national level, the highest number of suicides occurred in the male population.

Between 2015-2020, the number of completed suicides in the country did not decrease from 300 cases, which is worrying for specialists. This was pointed out by UNED Gutiérrez, who alleges that there is a lack of knowledge about the impact that the different programs of the Ministry of Health have had, as well as various hotlines in terms of the decrease in suicides.

“We also do not know if the hotlines of the College of Psychologists or the Ministry of Education are generating a damping in the frequency of annual suicides in men and women. The truth is that suicides have not decreased,” said Gutiérrez.

For the researcher it is premature to say that in the country “nothing has been done” regarding this issue; however, what seems to him a fact is that “the public health system is not designed for mental health”, it is a very painful debt that the State has with the Costa Rican population. An example of this is that the Ebais (local clinics) do not have clinical psychologists.

“It is a death with social, behavioral, psychological, psychiatric and contextual determinants, to which we are not getting involved, but not even hands,” said the researcher.

Gutiérrez added that he does not foresee a decrease in the number of suicides in the short term, due to the current scenario that the country is going through.

“Given what we are observing in the cold data, and the events that we have experienced during the pandemic, the country’s economic situation, which is becoming more and more delicate, unemployment, and others, the panorama regarding the control or reduction regarding this illness I don’t see it very positive in the short term. I see excellent initiatives, but I do not think there will be a reduction of those 300 cases in the next 2 or 3 years unless an investment is made in mental health,” he concluded.

The article was translated and adapted from Semanario Universidad. Read the original here.