‘Superpod’ of Dolphins Off Coast of Costa Rica 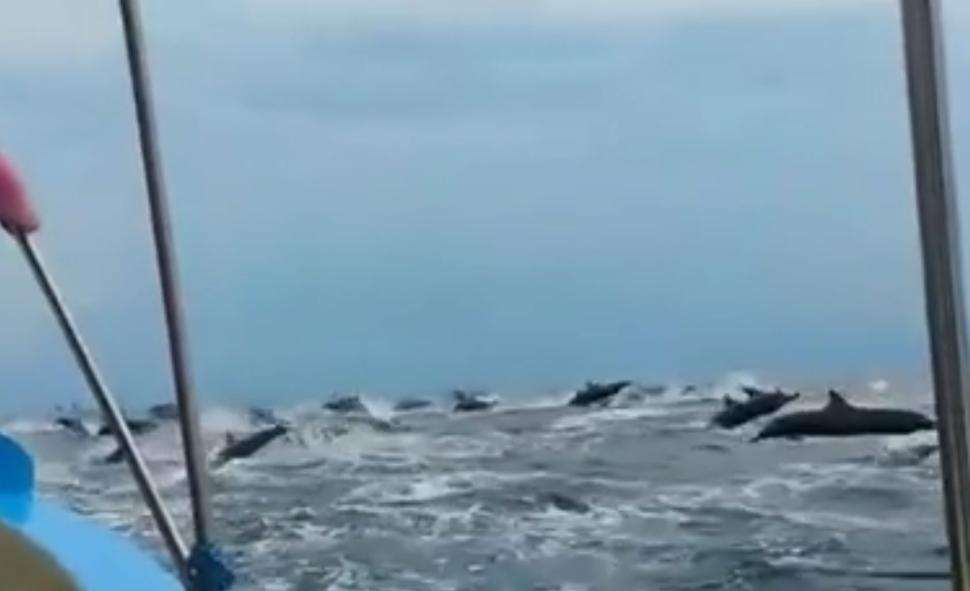 QCOSTARICA – A “superpod” of leaping dolphins delights sightseers in the Pacific Ocean in this incredible video.

Thousands of the graceful animals were captured on camera off the coast of Costa Rica.

Orlando Marin filmed the exhilarating moment after the boat he was on was surrounded and shared the video on Facebook. 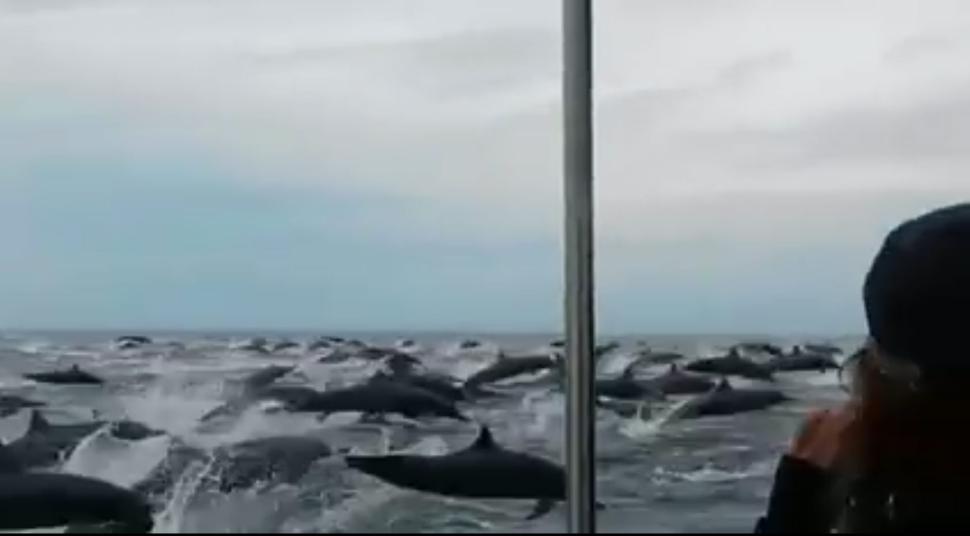 “What beauty we have in Costa Rica with whales in the bay many times a year,” he wrote on his Facebook post.

Squealing with delight, his fellow passengers are overwhelmed by the spectacular scene.

The highly-intelligent creatures often travel in groups, known as pods, but when a number of groups cross paths, it can result in a “superpod.”

Similar sights have been spotted off the coast of California and south Wales in the UK.

Such a large gathering can be the result of abundant food in the area, or can simply happen spontaneously.