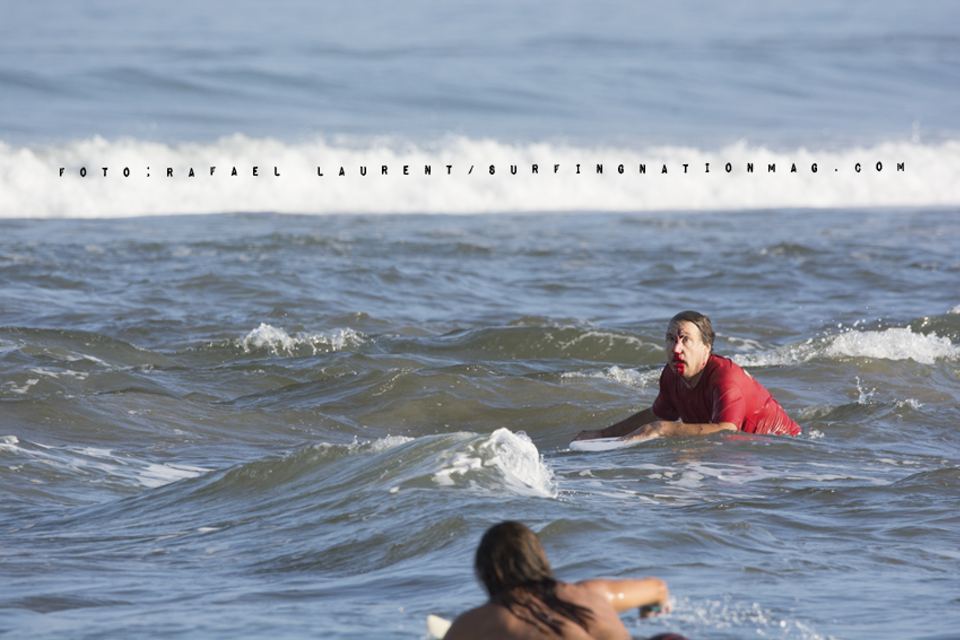 An american surfer had to have his leg amputated after being attacked by a crocodile in Tamarindo beach, Guanacaste on Friday.

The first news came in a 7:00am, that of Arthur Jonathan Cker (according to La Nacion report), 59 years of age, while surfing was dragged by wave into the estuary, where he was attacked by the reptile.

Cker had severe bites to his right leg and some scratches on his face, right hand and other body parts that required stitches, explained the director of the Hospital Enrique Baltodano Briceño (in Liberia), Zeydi Herrera.

According to Herrera, the man was admitted in critical and unstable condition and was immediately sent to the operating room, where he underwent a two hour surgery that resulted in the amputation of right leg from the knee down and required a blood transfusion.

“He lost a lost of blood, the injuries did not involve any internal organs,” said Herrera lat Friday afternoon.

The doctor added that Cker is in stable condition, in the intensive care unit. The man’s family will have to determine if he will continue treatment in Costa Rica or moved to the United States.

According photographer Rafael Laurent, who captured the moment of the attack, Cker was among a dozen surfers near the mouth of the estuary, almost all beginners.

Laurent, who is in Costa Rica doing a photo shoot for Surfing Nation, a magazine specializing in Costa Rica surfing. According to the magazine, since 2008 there have been five attacks on surfers, one in Esterillos (Parrita), one in Playa Hermosa (Jaco) and there in Tamarindo.

Laurent said man fought the crocodile and came to shore by his own means, holding on to his surfboard.

“The surfer victim fought the animal, after being able to free his leg the crocodile went for his face, a decisive moment, he never stopped fighting the reptile, in the end the surfer lost part of his left and suffered multiple injuries on his face and all over his body but came out of the water paddling his board to shore, where was treated by surfers and  Tamarindo lifeguards who applied a tourniquet and stabilized him awaiting a private ambulance that him to hospital,” said the magazine report.

The Tamarindo estuary is a RAMSAR declared wetland, of international importance meaning that its biodiversity is under strict protection. The crocodiles were not always part of the landscape of the estuary.

According to Surfing Nation, a few years ago it was very common to see people swimming in the crystal waters, but sadly human intervention led to the estuary being populated by crocodiles. The situation is very difficult to understand by people who do not live their in the water.

“The recommendations of authorities of Tamarindo beach is simply ‘Do not go int the water’…something like telling people to ‘d not drive’ after an increase in traffic accidents,” says the magazine.