Claro and Movistar were the only bidders, paying US$43 million dollars blocks of frequencies in the 1,800 MHz band and 2,100 MHz bands 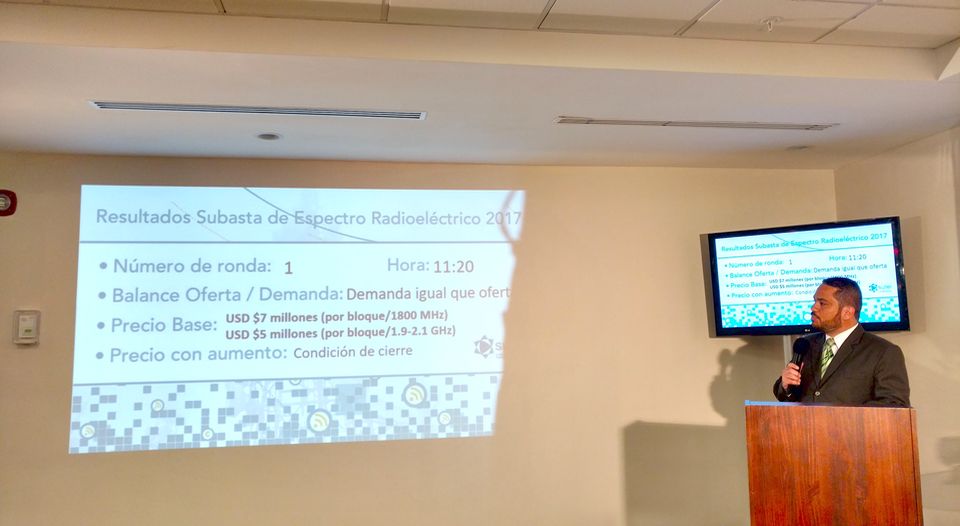 Both Claro and Movistar currently compete against the state telecom, ICE (Kolbi) for the mobile telephony and internet in the country.

The US$43 million was the base price fixed by the Sutel.

Eduardo Castellón, press chief at the Sutel, confirmed the start of the auction at 11:00 am, held at the Wyndham Garden hotel in Escazu.

Millicom’s Tigo, which provides cable and TV services under the Tigo Star brand in Costa Rica, expressed an interest in bidding for spectrum but finally declined to participate in the much-delayed process.

Yesterday’s auction is a follow up to the opening of the telecommunications market back in 2011, when the Sutel didn’t receive any bids for the blocks auctioned off on Wednesday. Several attempts over the years by the Sutel to auction the blocks did not result in any bids or bids below the base price.

Sutel said it will use the proceeds of the auction to improve coverage in under-served regions.

- Advertisement -
Paying the bills
Previous articleCosta Rica To Face U.S. In Gold Cup Semifinals After With Panama
Next articleU.S. Remittances To Costa RicaUp In First Quarter of 2017