“Tachulones” To Reduce Traffic Congestion In San Jose and Heredia 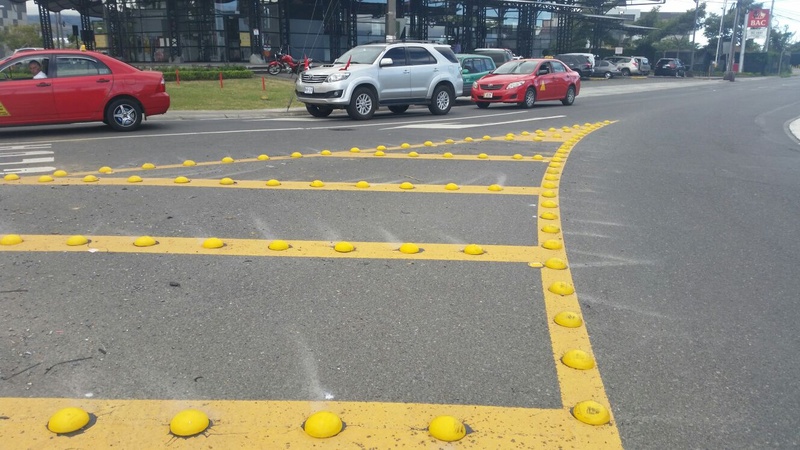 QCOSTARICA | In rush hour, drivers inch away through any open space to avoid the congestion, ignoring demarcations to channel traffic flow, causing even more congestion.

The nonreflective raised pavement markers are usually round, are white or yellow. Important to note here similar devices, in conjunction with ‘domes‘, were used in pedestrian boulevard in Chinatown, where  vehicular traffic crossed. That program didn’t do very well.

Carlos Sandino, head of the DGIT, said the tachulones are reduce or eliminate drivers going around traffic congestion.

Sandino added that a project of installing tachulones at problem intersections is scheduled in stages over several years which also is expected to include ‘complicated’ intersections in Alajuela and Cartago.

- Advertisement -
Paying the bills
Previous articleThinking of Cancelling a Vacation Because of Zika Virus? Read This First.
Next articleTaxi Drivers Protest Against Uber