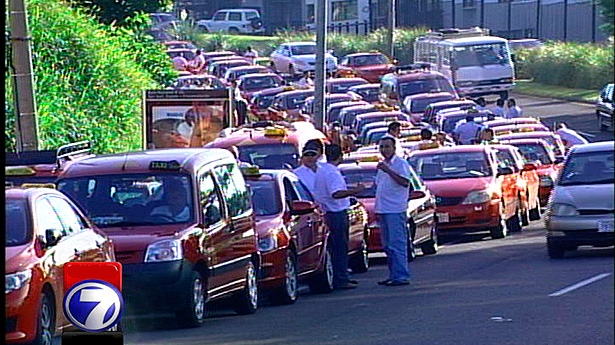 As had been announced prior to Semana Santa, the “fuerza roja (red force) or taxi drivers, will be protesting on Tuesday, upset about the lack of action by the government, they say, against porteadores and gypsy cabs.

If the protest goes ahead it will unite thousands of taxi drivers from around the country.

The protest will concentrate in San José, though protests are expected in rural areas as well. Reports from the taxi unions indicate that their coordination efforts will ensure a massive protest action.

Expected on Tuesday is not just the lack of taxis, but traffic jams and road blocks.

A last minute dialogue may call off the protest, according to Gilbert Ureña, representing the taxi unions in one united voice.

The problem of porteadores (informal taxis) and gypsy cabs has been ongoin for years. The taxi unions and governments have reached several agreements to solve the issue. The taxi unions, however, say the government has not come through on the agreements and are being forced to take their position to the streets.

Are you thinking about becoming a casino dealer? If you’re a Hungarian citizen, we’ll tell you more about what you need to know. You...
Expat Focus