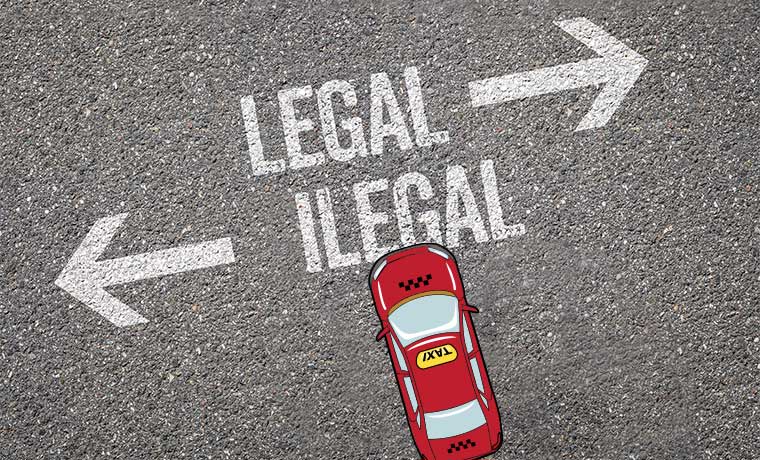 QCOSTARICA – Uber is an illegal transport service, according to the government. Meanwhile, many of the official taxis operate illegally, not providing service personally according to a survey conducted by the LaRepublica.net.

Taxis must be operated by the holder of the concession for at least hours daily, the commitment made in an affidavit made before a notary public.

However, many of the taxi concessionaires, do not drive their vehicle, according to survey by Larepublica.net done this week on Monday and Tuesday, of 100 drivers in downtown San Jose.

That is to say that one third of the drivers of the official taxis are providing an illegal service.

The Public Transport Council (Consejo de Transporte Público – CTP), meanwhile, has not cancelled any owner for breach of this standard, but has the power to do so, found in Article 40 of the same law.

Former minister of Transport, Francisco Jiménez, told Larepublica.net, it is difficult to find proof that an owner fails to comply with the regulation, that is personally driving the vehicle at least 8 hours a day.

In practice, non-owner taxi drivers rent the concession from the owner, typically for a 12 hours shift, paying a daily rental and costs to operate the vehicle, keeping the earnings of the fares.

QCOSTARICA - What will happen to the expansion of Ruta 27...
Read more