NewsFront PagePolitics
By Rico
8 May 2014 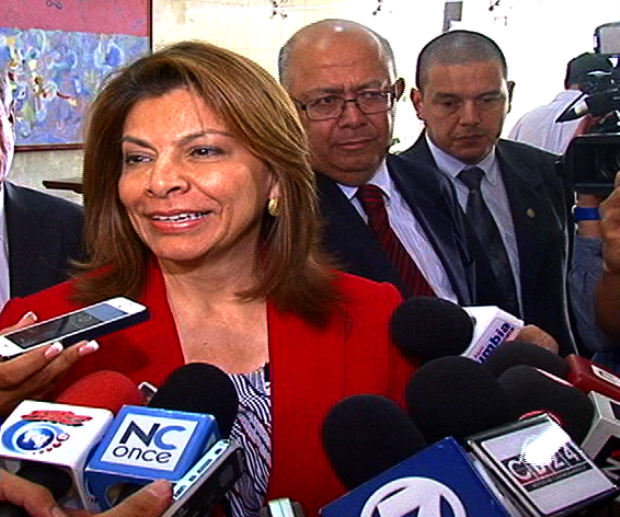 At 5pm Wednesday, Laura Chinchilla Miranda, left her office of four years at Casa Presidencial to return to private life. 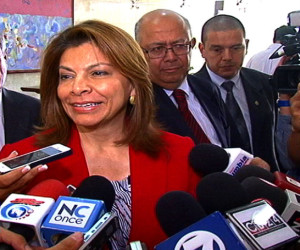 Although she is still president until noon today, among tears and hugs Doña Laura  gave her goodbyes to one and all in her administration and invited guests.

International dignitaries in Costa Rica for the inauguration today of Luis Guillermo Solís, were among the invited guests at a reception and dinner held last night the Museo de Niños.

Before leaving her office, one her last official acts of president included an official visit by Felipe, Prince of Asturias, who arrived in Costa Rica early Wednesday morning.

The presidenta said she felt “un desahogo” after the visit by Luis Guillermo Solís, feeling for the first time that the weight of the problems of the country were no longer on her shoulders.

During the evening ceremony, Doña Laura said she lamented not having been more forthcoming on a number of issues, lack of communication being one of her drawbacks.

QCOSTARICA - Can tourists be vaccinated in Costa Rica,...
Economic Recovery