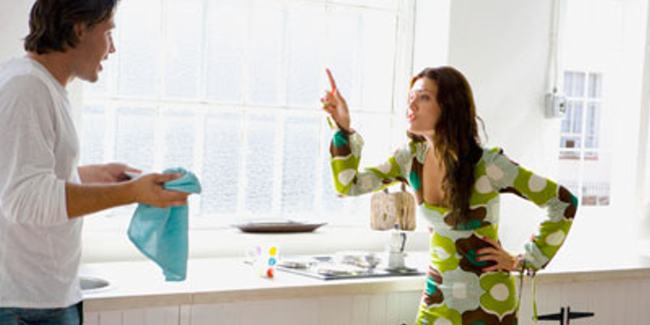 Women tell us they us guys, but these things are making them crazy. Face it, no matter how much we love them, there are things that we do that just irritates the hell of them. New research shows annoying behavior can actually slow down  brain activity. So listen up, guys, you’ve got the mind of you special lady to protect.

Here are 10 things you must put the kibosh on.

This might be a shocker, but women hate surprises. British Airways conducted a survey and found that not only 60% of women hate surprises, nearly a third felt unexpected trips are on their list of “don’ts.” The problem with unplanned getaways is they don’t have enough time to prepare. Turns out, women need about 7 days and 11 hours notice in order to fully enjoy a romantic vacation.

Want to feel insecure and attention-starved? Tell your lady that once sex is done you should skip the pillow talk, roll over and get some shuteye. Psychologists at the University of Michigan who conducted the study say chatting and cuddling are just as important as what happens before sex — or even the act itself. A man falling asleep before his partner is thought to be a non-conscious act that lets him avoid any conversations about commitment. 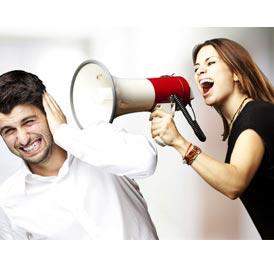 This one should come as no surprise (to either sex). According to a survey done by the British laundry detergent company Ariel, more than one third of women said not listening was their partner’s worst habit and is only made worse when men repeat the last few words back to you like a parrot. Rude! But can you be blamed for not paying attention? Not always. A LiveScience study finds that men and women focus differently — and that men are likely to be distracted by what’s going on in the background.

4. Leaving The Toilet Seat Up

It may sound like a cliché, but according to Ariel, this is the second most annoying male habit. Sure, when he leaves the seat up it takes only a second for a woman to put it back down, but it still feels disrespectful — as though your not listening to her.

Ariel found that leaving clippings and shavings around the house was a big (not to mention gross) annoyance — 18% of women cited it as their top male idiosyncrasy. Single ladies take note of cleanliness too. CouponCabin found poor hygiene to be the biggest dating deal-breaker. That being said, guys, keep shaving because women hate beards.

She don’t care for your buds? This was the fifth most annoying male trait, according to Ariel. This one’s a toughie — and there’s not a lot you can do about it ifs he doesn’t see you friends the way you do. Of course we want our women to be around a crew of pals that like and support our relationship, but your lady might have to realize this one on her own time.

7. Displaying A Poor Sense of Style 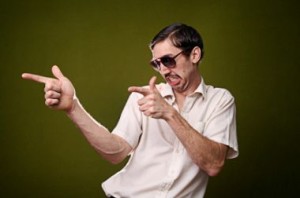 In a recent survey, Ariel found that 60% of single women consider clothing to be a top dating deal-breaker. From your haircut to her shoes, they’re taking note. Plus, if you’re wearing the right colour, they’re taking numbers too. The survey found that men who wear purple, followed by black, have a better chance of scoring a date. What hue should the guys ditch? Pink.

How you treat strangers says a lot about you– and when you lose your cool over something small, it’s a turnoff. According to CouponCabin, 80% of women find a partner’s negative exchange with servers, hosts or hostesses to be a dating deal-breaker.

9. Using Your Cell Phone On A Date

Addictions and dependency to mobile devices are on the rise, and yes, we’re totally attached to ours too – but using your iPhone throughout a date? No way. Whether you’re checking the score or texting your pals, it irks them at any stage of the relationship. CouponCabin revealed 82% of women consider this a deal-breaker.

10. Trying To Go Through The Back Door

Men’s Health surveyed women on their least favorite sex positions and much to the dismay of guys, doggy style was at the top of the list. Women felt it was too painful and not intimate enough. Guys, there’s plenty of positions out there, let’s back off (no pun intended) this one.

Today, Tuesday, June 8, only ODDS can circulate. The measure is countrywide and applied between 5:00 am and 9:00 pm, save for those under the...
Redaqted

QCOSTARICA - Vaccination centers against covid-19 were transformed this Saturday to be able to vaccinate more people. Universities, civic centers, parking lots and even...
Disasters