The 27 Best Enjoyed During the Rainy Season 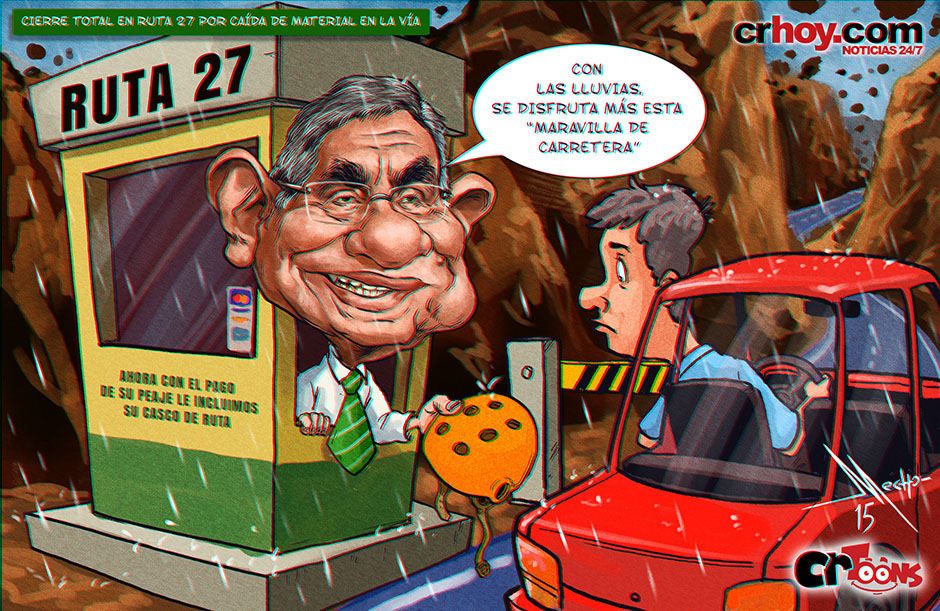 (QTOONS) This caricature by Crhoy.com depicts former president Oscar Arias as a happy toll collector, handing out safety helmets with each toll.  The caption reads, “this wonderful road is enjoyed best with the rain.”

The Ruta 27 was officially opened in 2010 in the last days of the Oscar Arias administration. Several months back, the former president, came under fire after making comments on the social media of “how proud he is of having built this road.”