The 9 Provinces of Costa Rica 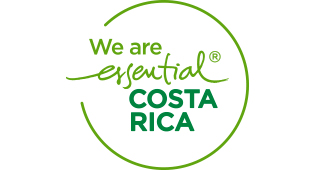 The identity card number is designed to identify citizens numerically. The nine-digit number consists of three parts: the first corresponds to the seven provinces where the person was born: 1 – San Jose, 2 – Alajuela, 3 – Cartago, 4 – Heredia, 5 – Guancaste, 6 – Puntarenas, and 7 – Limon.

The 8th province represents naturalized (Nacionalizado o naturalizado) citizens, that is foreign natural persons born in their home country and choosing to become a citizen of Costa Rica.

The 9th province are called “special cases” (casos especiales). I have yet to see a cedula starting with 9.

More: Costa Rica Has 235.000 “Invisbles”: Citizens Without A Cedula

Every Costa Rican citizen must carry an ID card immediately after turning 18. The Tribunal Supremo de Elecciones (TSE) – Elections Tribunal – issues the cedula. They have no cost to citizens (unless there is a particular case of abuse).  The TSE also issues minors who have completed their 12th birthday, but not their 18th, a special cedula.

In Costa Rica the cedula is necessary for most places and actions, for about anything: at the bank, at the phone company, supermarket shopping (if paying with plastic), hospitals, at any government office, and so on… It is mandatory for electoral processes and anyone is entitled to request it to check whether or not they are of legal age for certain places such as bars or nightclubs.

Besides being used for proof of identity, the cedula is also used for the Tax Identification Number (TIN), since the Costa Rican Tax Administration (Ministerio de Hacienda) does not assign a tax identification number TIN in a strict sense.

People over 65 years old (ciudadano de oro) can show it on urban buses and trains to travel for free or, on longer routes, a discount on the price of the trip.