The End Of The Arias Dynasty (For Now) 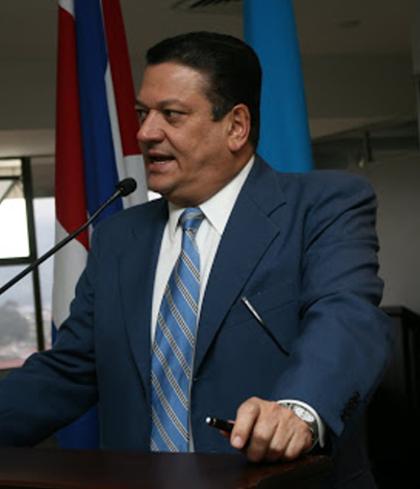 Surprising to most Costa Ricans and especially a large percentage of  the  Partido Liberación Nacional Party (PLN), Rodrigo Arias Sanchez has dropped out of the race to Zapote and his quest to become the next president of this country in 2014.

Rumors circulated Thursday, but when surrounded by supporters on Friday (Jan 4),  he  folded his hand and left the game.

Arias trailed front runner Johnny Araya in the polls from the start when he announced his candidacy back in May 2010,  only days just after current President, Laura Chinchilla took office.

A recent poll result among PLN members who are expected to vote in the April 21, 2013 convention show Araya a 16% favorite and Arias, despite a massive television and radio campaign, with only 6% which is the same as José Maria Figueres who still claims not to be a candidate.

Fernando Barrocal, the third declared candidate still in the race has a 2% rating among party members.

Important to expats is because we should make a concerted effort to know who and what politicians do because they will impact our life style, economics, freedom and in turn should impact our decision making process as to where we live and how we invest.

There is little doubt  that the current mayor of San José, Johnny Araya, will be the PLN candidate as well as the odds on favorite to be elected president in 2014. This despite that no political party in Costa Rica has ever won the presidential election three terms in a row.

However, among all political parties, Liberación is by far and away the best organized and best funded, especially on the grass roots level throughout Costa Rica. While Liberación has its share of infighting, it is a pittance compared to all the others.

The issues for the others is now are to find (1) a suitable candidate to run against Araya and more important, (2) getting eligible voters to go out and vote.

Studies pretty much indicate a deep sense of deception by Costa Ricans regarding government in general, as well as democracy itself. This comes from excessive corruption, violent crime, rising poverty and one scandal after another for the past 2 ½ years under the Chinchilla leadership which is viewed as an Arias Brothers spin off.

If elected as president, the great experiment with neoliberalism would come to an end!

Johnny Araya very much wants to bring PLN back to its roots which is more liberal left  (Progressive Liberal) than what we have experienced since the reign of the Arias Dynasty.

The history of Liberación has been peppered with social programs such as  health care for all which resulted in the CAJA, once a global model program with its community of clinics to provide primary care medicine, a far reaching and dedicated level of public education, most of all the eco-reserves for which Costa Rica has received its valuable global reputation and a sense of national pride which has long faded as evidenced by the La Trocha road fiasco where in the face of diversity (Nicaragua) not one, but all elected to steal rather than build.

His first priority would be to repair the dilapidated infrastructure that hinders investment and tourism. Especially as he sees tourism, one of, if not the most valuable national commodity Costa Rica has to offer.

Make no mistake, Araya is not a knee jerk left winger. He is not Ortega and certainly not Chavez. He is a practical person who 100% believes in private enterprise and private ownership with a social consciousness very similar to the teachings of Dr. Peter F. Drucker. However, not at a the death of health, education and human inequality between the “haves and have nots”.

Perhaps wishful thinking, Araya supports reducing the massive bureaucracy and would probably promote efforts to put an end to useless, expensive redundancy in government which not much but most samdñe leat of and of all accountability.

He prides himself on being a good negotiator and proudly uses the city of San José as his prime example. He has been elected over and again for 20 consecutive years and from this most important canton of all he should receive substantial support where Liberación typically has not.

Araya has traveled three times to China and considers himself respected by the Chinese who have funded “Barrio China” (China Town) and made major economic promises to Costa Rica. He smiles broadly when anyone mentions the Festival de la Luz (Light Festival) which is free to all and attracts upwards of a million people in person and many more on live television.

The next major event on his agenda is the Central American Games (March 3 to 17, 2013) which is physically being constructed in Desamparados and Hatillo. Both places very much need recreation and youth support to combat crime.

If Johnny Araya is a dreamer, if he is Quixotic, so be it and I for one applaud that. He is determined to return to the principles of don Pepe Figueres and the roots of the Liberación party. Those roots were based on the same platform as, “progessive liberalism and not runaway neoliberalism.”

Finally we must consider, because there is so, so much to overcome; the next president can do little to implement his or her personal programs.

The one thing that Oscar Arias said that I will always remember is, “…perhaps Costa Rica is unmanageable.”