The Fate of Nicaragua’s Ortega in a Region on Fire 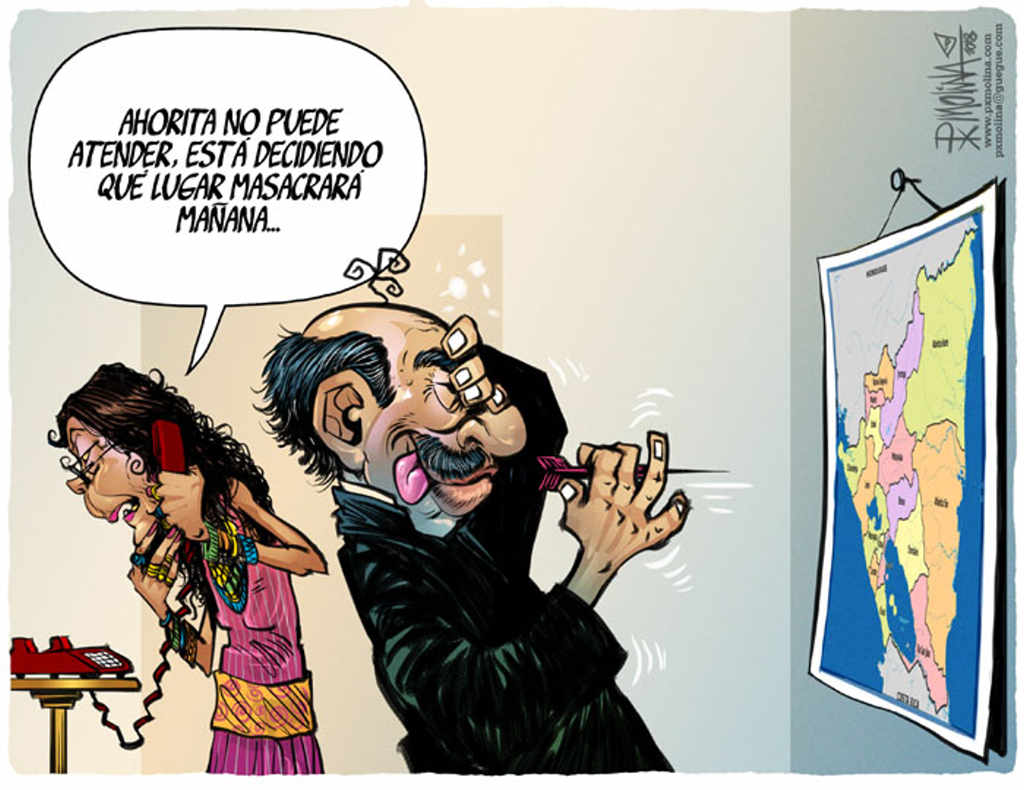 (CONFIDENCIAL) Until April of this year, Nicaragua enjoyed the benefits of an undeserved reputation as a haven of peace. The indicators of violence provided by the National Police -probably skewed-, but of widespread credibility-, placed Nicaragua slightly above Costa Rica and many homicides below its neighbors in the north of the region (Hondruas, El Salvador, Guatemala).

As for the interests of the United States, Nicaragua was a country of little importance.

No battle was worth it to retain this tiny market. Chinese canal-makers and Russians from the pharmaceutical industry could come without Uncle Sam shaking a hair out of his beard. There was also no need to bring order: on the basis of its exceptionalism in the region, Nicaragua was excluded from the Alliance for Prosperity Plan, which was designed to curb corruption and curb migration to the United States.

In 2016 and 2017, before Trump applied severe cuts, that program deposited $1.405 billion dollars, especially in the coffers of Guatemala, Honduras and El Salvador. Nicaragua, where the police now find terrorists on every corner, under every cassock and even in marathon runners and folklore dancers, was left bragging about their peace. Despite having a GDP well below that of any of the three countries mentioned, Nicaragua received a little less than 20 million in assistance during those two years.

The Wikileaks cables revealed that the empire was very aware of corruption in Nicaragua. It cannot be said that it did nothing. But it did things in a very morose way because it considered itself “well paid” with the policy of retaining a wall that made Nicaragua a barrier to stop the migration of Africans, Haitians, Cubans and South Americans, leaving a headache to Costa Rica and thousands of migratory dreams truncated.

This policy has had legal backing thanks to the new migration law that the National Assembly approved in 2010 with a Sandinista majority. With that law and with that policy, the US considered itself “well paid”. The empire worked under the pragmatism that made it acceptable and even worthy of support for the right-wing Gorilla that wanted to kidnap a Latin American country in the 40s, 50s, 60s and 70s. Having concluded the cold war and its related anti-Communist fever, it was completely irrelevant that the Gorilla of Nicaragua was proclaimed leftwing.

This situation changed since Nicaragua became an additional source of instability in the region. The rebellion of April and the brutal reaction of the Ortega regime made Nicaragua stop being an insignificant country in regional geopolitics.

The first big change: Nicaragua began sending migrants in large numbers. Although it is true that the majority do not go to the north, the abrupt and massive exodus of Nicaraguans puts pressure on the small economies of the receiver countries and a demand before the United Nations agencies. It also becomes a potential threat of migration to the north, very plausible in the context of caravans of migrants from Honduras and El Salvador.

The second major change: the recession in Nicaragua is having a negative impact on the economies of other countries in a region, a region that in the 21st century chose to strengthen its own commercial links.

The Central American common market has been growing steadily so far this century. Between 2006 and 2017, Nicaragua’s regional exports to the region did not grow at the same rate as its total exports, but its regional imports did grow significantly by 108%. In the isthmus, Nicaragua is more important as a buyer than as a seller, which makes it more difficult to replace because it is less complicated to procure in other markets than to quickly get a new buyer.

That is why the situation in Nicaragua is complicated for countries like Guatemala, which have put many more eggs in the regional basket. In 1986, intraregional exports from Guatemala represented only 22% of the total value of its exports. That weight rose to 32% the following year and jumped to 39% in 1991. In 2016 it stood at 42.6%, after having reached a peak of 56% in 2004.

A decade later, in 2017, this value reached 433 million, most of which was contributed by textiles, plastics, pharmaceuticals, detergents and soaps. Intraregional trade is a transmission belt by virtue of which the prosperity and decline of a country is shared by the rest. What hurts in Nicaragua, burns in Guatemala, stings in Honduras and irritates in El Salvador.

The fall of purchases from Guatemala was approaching 20 million dollars between April and October. In August 2018 there were no roadblocks and Guatemala sold almost 7 million dollars less to Nicaragua than in that same month in 2017. This is not a problem that has to do with transportation. Given that Nicaragua’s productive infrastructure is intact, and the communication channels are operating, Nicaragua’s exports to Guatemala – mainly meat, milk, alcoholic beverages and vinegars, and metal scrap – even register an increase. The problem is the fall in demand.

As a supplier, Nicaragua ranks seventh as El Salvador’s main trading partners. As a buyer, Nicaragua climbs to fourth place, after the United States, Honduras and Guatemala. Between January and October, exports from El Salvador to Nicaragua fell by 2.8%. But the situation affected the Salvadoran trade with three other countries, including Costa Rica and Panama, causing a fall of 14 million dollars.

From January to June, comparing 2017 and 2018, the value of exports from Honduras to Nicaragua fell from 110 to 102 million dollars. Once again, the problem is Nicaragua’s waning demand, which will be felt more in the coming months, as we immerse ourselves in the depression which economists Nestor Avendaño and Jose Luis Medal have been warning.

Under these conditions, “gringo pragmatism” takes a turn from tolerance to identifying Nicaragua as a problem in itself. A problem that could be the fuel that sets fire to the region where there is repudiation of electoral fraud by Juan Orlando Hernández and where state and criminal violence is expressed in caravans of Honduran migrants. In Guatemala, there is a risk of a criminal pact reversing the achievements of the International Commission against Impunity in Guatemala (CICIG) in years of hard struggle against corruption and organized crime.

The region was already on fire. The repression of Ortega came to spray gasoline because the fall of consumer demand in Nicaragua will have an impact on the economies of the region, aggravating the problems of unemployment and low incomes. Honduras and Guatemala only see Ortega’s permanence as an additional problem. And El Salvador, where the FMLN is about to overwhelmingly lose the next elections, will no longer be the unconditional ally that it was in forums like the OAS General Assembly.

All these are factors will strengthen the position of the United States government, which never was an ally of Ortega. If Ortega thought so, we can apply what political analyst Richard Feinberg told Somoza on the eve of his fall: “the United States has no permanent allies, we have interests and our interest at this moment is stability.”

QCOSTARICA - Six out of ten people in Costa...
Cine (Movies)