The “Impromptu” Closure Of The General Cañas A Nightmare For Many 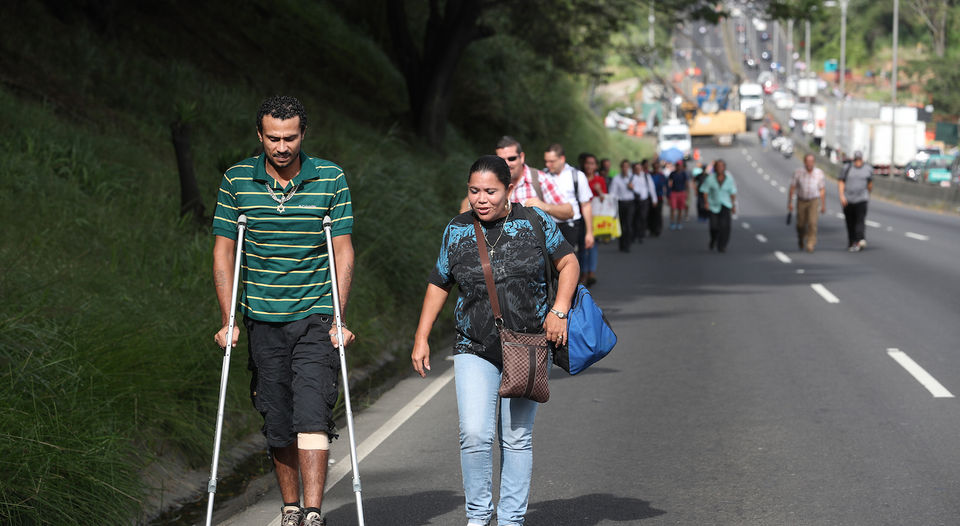 Q COSTA RICA NEWS – Such was the scene today on the autopista General Cañas,  the busiest road in the country, in the area of the Virilla (platina) bridge today. The impromptu 24 hour closure left many having to walk across on the San Jose bound section of the way closed to vehicular traffic.

Where are they going, you ask? To the other side, getting off the bus ahead of the bridge, to board the another on the other side. But that too came quickly to an end.

The closure that took effect this morning (Wednesday) at 6:00am and is in effect until 6:00am Thursday was announced late Tuesday afternoon.

The MOPT admitted a lack of coordination. It was 8:30am Tuesday when the MOPT announced a closure of between 3:00pm and 5:00pm, later it announcing the 24 hour closure starting Wednesday morning. For most it wasn’t until the evening to learn of the closure, many learning of the news the hard way this morning.

In a “the right hand doesn’t know that the left is doing”, the director of the Policia de Transito (traffic police), Mario Calderon, had earlier in the day said “transboarding” would be allowed to permit users to arrive their destinations, however, the Minister of Public Works and Transport (MOPT), Carlos Villalta, put an end to it.

The Minister noted it was “dangerous” for pedestrians on the bridge while work is being carried out.

In the video by Crhoy.com, we have the word of one irate user of the bus, saying he speaking the sentiment of most. His objection is not of the closure, but the announcement of the closure should have been of at least a couple of days, not from night to morning.

- Advertisement -
In the same way the MOPT minister and his director of the traffic police didn’t get their story straight, Omar Segura, press officer of the MOPT, admitted that the responsibility for notifying the closures rests with the National Road Council (Conavi) and the construction company Codocsa, which appears that neither knew who or what the other was or was not doing.

Segura said there has already been an internal discussion on the matter and the Minister reminded the different authorities to do their part in giving the public proper notice. “We admit that it was not a reasonable time for an announcement of this nature,” Segura said.

In the following video we have the story of a pregnant woman, on her way to San Jose stuck in the gridlock, went into labour and required an ambulance to get her to the medical centre.

A reminder that the autopista San Jose bound will again be closed on Monday, December 26 from 10:00pm to Tuesday at 5:00am, when it will re-open and then closed again from 10:00am to 1:00pm.

Following are photos of people getting to the other side from La Nacion: 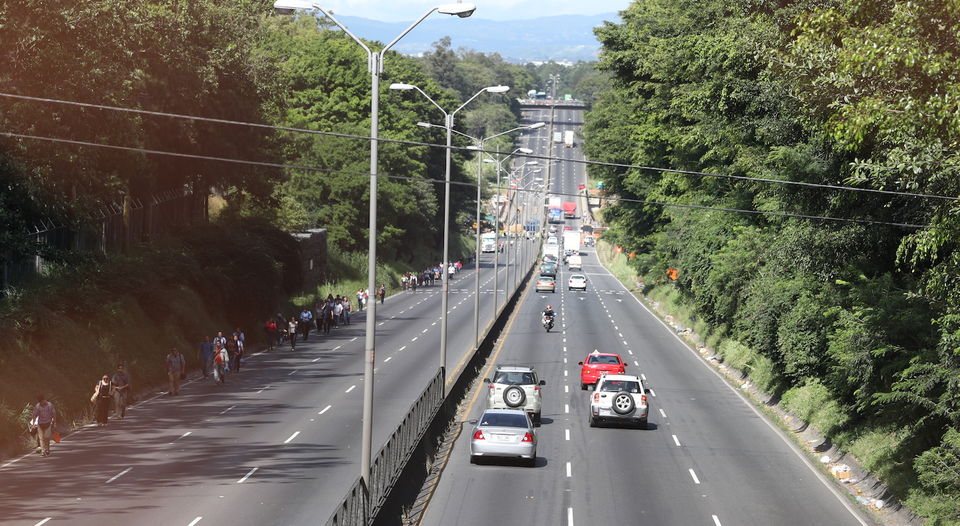 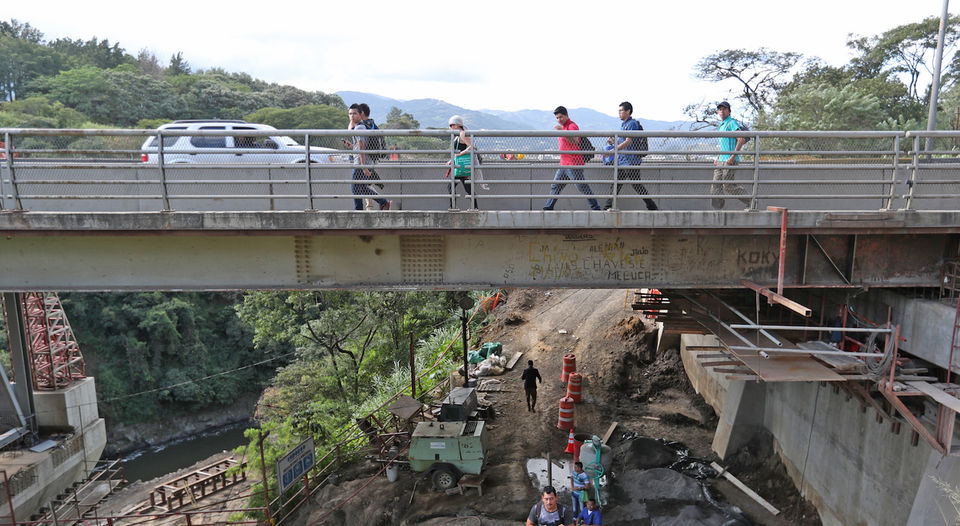 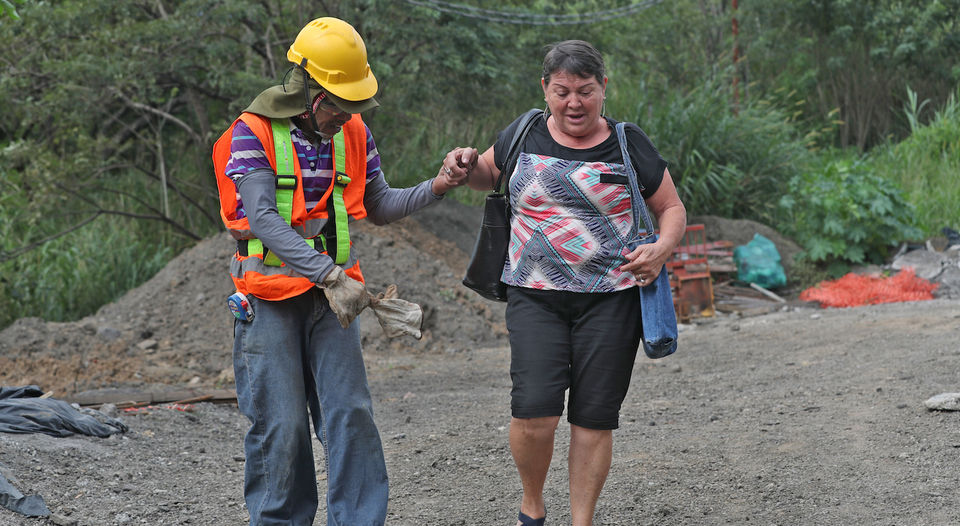 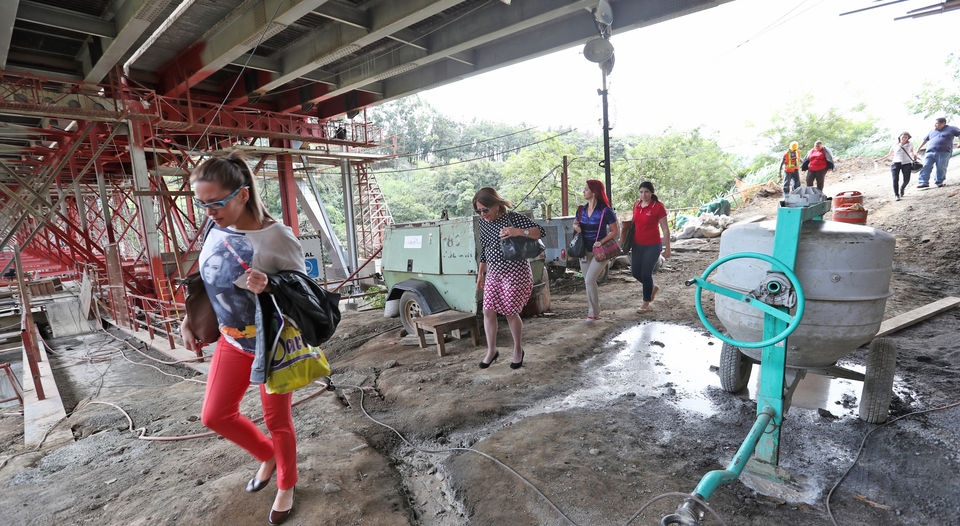 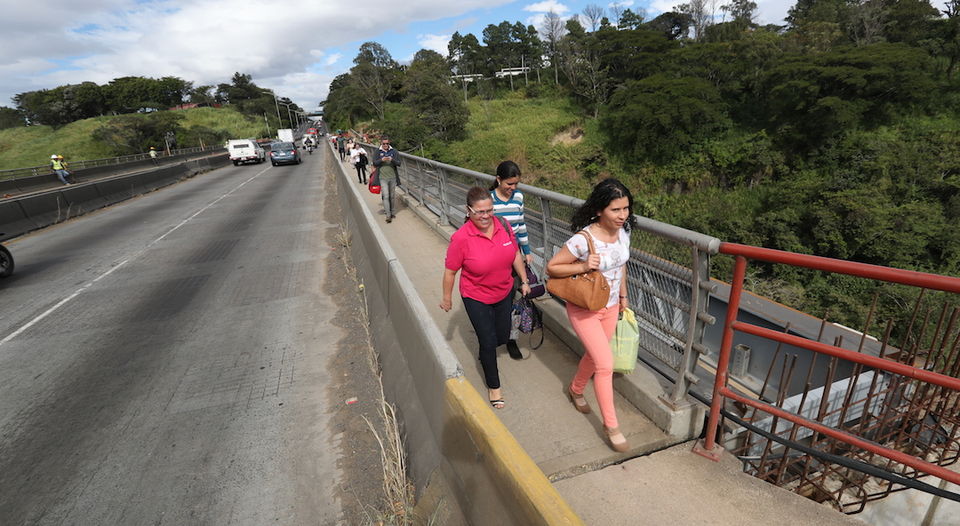 The current work on the bridge started in February this year. The work includes the reinforcing of the existing base and new, to extend the 160 metre long bridge from the current four lanes to six. The completion date is for the end of February 2017.

The autopista General Cañas, whose original construction was in the 1960s, is the major route in and out of San Jose, with an average daily traffic volume of 90,000 vehicles.

- Advertisement -
Paying the bills
Previous article12 Reasons Why You Should Never Invite Costa Ricans To Your Home
Next articleBrotherly Love?