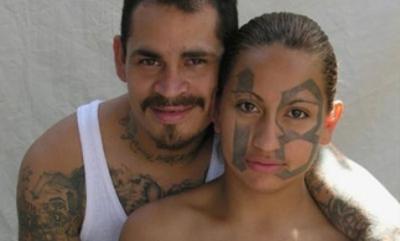 A study of gender roles in Central America’s “maras” sheds light on the dual role of women, who are simultaneously violently exploited and heavily relied on by male gang members. 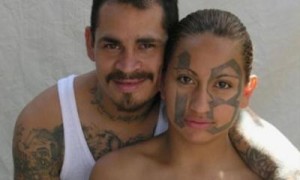 The study “Violent and Abused”, a joint initiative between several non-governmental organizations, examines the disempowered but crucial role of women in the Barrio 18 and Mara Salvatrucha (MS13) street gangs in the Northern Triangle countries, Guatemala, Honduras and El Salvador.

Women, according to the study, serve a dual role in gangs. They are expected to take on male-associated characteristics and tasks, including perpetrating and withstanding violence and wearing men’s clothing, and to act in the “female” role of cooking and caring for the men, children and the sick. Because gangs believe women are less suspicious in the eyes of authorities, they are also often tasked with acting as drug “mules,” smuggling illicit goods into jails, gathering intelligence on rival gangs, and carrying arms in public spaces.

The unequal treatment of women is seen in gang initiation practices. While men are subjected to a beating, women are given the choice between this and sustaining sexual relations with multiple gang members for an equivalent length of time, but they are later harassed if they choose the second option. Women who join gangs because they are dating a gang member, meanwhile, get an automatic in and are treated respectfully by the rest of the gang. However, they are expected to tolerate frequent infidelity from their partner and if they reciprocate the practice, they may be killed.

A woman who tries to leave a gang experiences similar difficulties as male gang members, as this offense can be punishable by death. Reasons for wanting to leave, however, often differ — some women interviewed said they were pregnant and wanted to be able to offer a different life for their child.

If a woman does manage to leave the gang, she can rarely escape her gang identity. In addition to harassment from her former companions, she is likely to be socially excluded on the outside and to receive little help reintegrating into society.
InSight Crime Analysis

Central America’s Northern Triangle has become one of the most dangerous places in the world for women, a phenomenon that has risen in tandem with the region’s growing importance to drug trafficking. Many femicides — targeted murders of women — are attributed to gangs.

As of 2012, El Salvador had the highest femicide rate in the world. According to the country’s former security minister, the rise in femicides coincided with the increasing entry of women into gangs. In Honduras, gender specialists reported in 2010 that girlfriends and mothers of gang members were increasingly being murdered in acts of revenge.

Despite the dangers inherent in associating with gangs, a significant number of women opt for this lifestyle. A 2012 study in Honduras found that women made up 20 percent of gang membership, with nearly all of these connected to the MS13 or Barrio 18 — 52 percent and 45 percent, respectively. In Guatemala, the number of female prisoners has doubled in the past eight years, which experts say is connected to their increased role in criminal groups, which they are often drawn into through family or romantic ties.

Though women are often under-valued by male gang members, the study and other reports make it clear that they are important assets to the groups, doing a lot of the “dirty work” and therefore taking many of the risks. In addition to serving as drug mules and smuggling other illicit goods, women in Guatemala have been reported to play another important role — gathering intelligence for extortion gangs.

There are some signs that women’s roles in organized crime are evolving. In Guatemala, officials said the rising number of imprisoned women were increasingly taking on work as assassins and thieves.

In Mexico, which saw a 400 percent increase in the number of women jailed in relation to drug trafficking between 2007 and 2010, women are moving even higher up the organized crime hierarchy. In 2012, the army reported that women were occupying increasingly important positions in the Gulf Cartel, both carrying out assassinations and doing management and administration work.

While the study deals with gender relations, it is also indicative of gang culture as a whole, and the extent to which it relies on the propagation and perpetuation of violence. As shown by these women’s experiences, changing gang culture is not easy. For for those involved in it — both male and female — leaving it behind can be just as tough.

QCOSTARICA - Our country, Costa Rica, worsens in how...
Politics