The Nutella Lock: German Gadget Clamps Down on Nutella Thieves 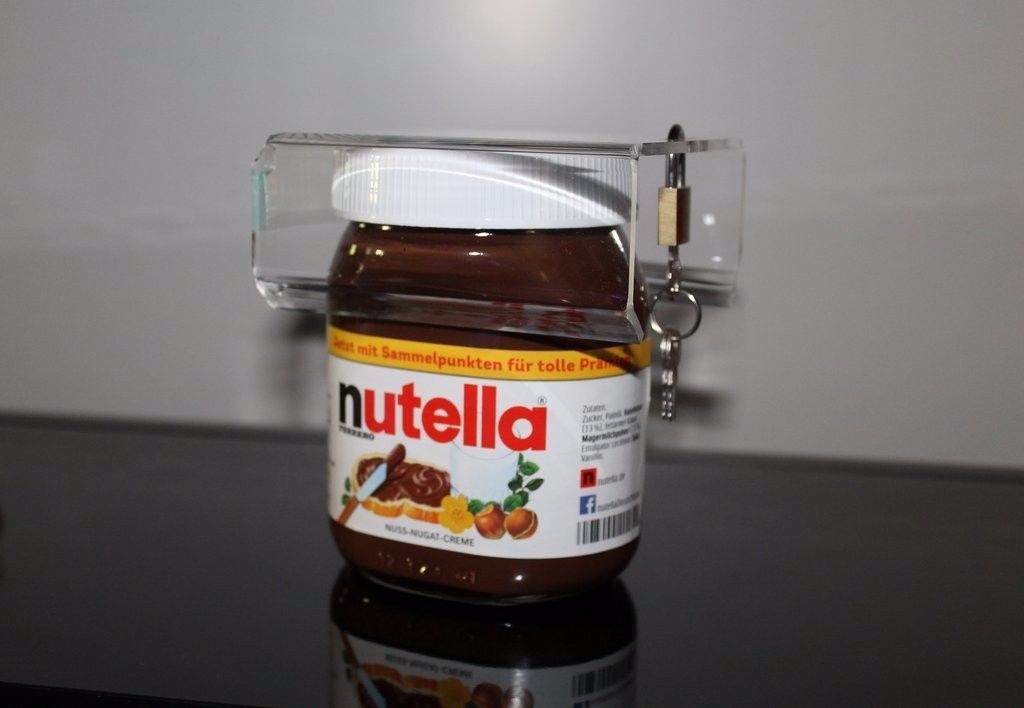 QCOSTARICA EXTRA – If you hate sharing your Nutella and want to make sure no one gets their grubby hands on it, there’s finally some protection.

Be aware that it doesn’t prevent you from having your key stolen or even getting beaten up, and being left with no Nutella. If that’s the case in your family, maybe you should conside changing family.

But, if that’s viable, there’s the Nutella Lock, kind of like a bike lock for your hazelnut spread and it’s available on pre-order on EBay Germany for Euro 9.99.

It seems pretty straight forward as it clamps over your Nutella jar’s lid so that no one can twist it open without the key. According to The Local, a man by the name of Daniel Schobloch, of Borkenkaefer Furniture and Fittings, built the acrylic lock, but it’s not available until September.

The gadget consists of an acrylic frame and padlock which, when locked, prevents the lid being twisted off.

“The idea started out as a joke,” Schobloch told The Local by email. “One of my friends was always getting worked up because his children were stealing his Nutella.”

“As the demand continued to grow, we decided to offer the device on ebay,” Schobloch explained.

Nearly 1000 have already been sold, wiping out the group’s original stock.

With the device patented and the branding finished, Schobloch and his team hope to bring the Nutella Lock onto the open market soon.