The other side of Costa Rica — the New Chic

LIVE IN COSTA RIC A – The majority of my readers are those thinking of relocating or retiring here or people who have already made the big move. According to my personal poll, the majority are seeking a more affordable lifestyle, inexpensive and quality medical care, good weather or a more sane political atmosphere than that of the U.S. Of all of these factors getting more for one’s buck seems to be the most important.

Once a person get settled here, goes native and adopts a less-consumer oriented lifestyle, the cost of living is reasonable. As I have mentioned many times Costa Rica has “something for everyone and everything for someone” even for rich and famous foreigners.

For better of for worse the jet set has discovered the country. The list of the luminaries who have visited the country is long. I don’t really espouse their lifestyle but must admit that they have contributed to making the country more popular and helped the local economy more than ever by making Costa Rica their vacation playground.

I just read an article in Departures Magazine which is published by American Express. The article talks about Costa Rica and its most glamorous enclave, the Papagayo Peninsula on the northwest Pacific coast. The peninsula is located about 30 minutes by car from Liberia’s Daniel Oduber International Airport. Its area is around 4,000 acres, with 23 miles of jagged coastline and 31 sandy beaches. It is the home of four resorts, 60-odd homes and 400 of Costa Rica’s animal and bird species which makes it ideal for tourism. 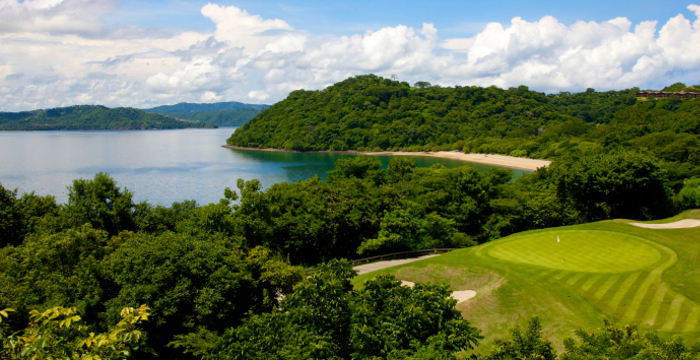 The article points out that the ICT, Costa Rica’s Tourism Board, never wanted the Papagayo to be the next Cancún, so it imposed stringent building codes: Only 30 percent of the land could be developed to keep the peninsula green with low density; the maximum building height is 50 feet and the building colors have to blend in with the the colors of the natural surroundings.

One of the peninsula’s salient feature is a bevy exclusive high-priced hotels anchored by the Four Seasons Resort and its Arnold Palmer designed golf course. The Andaz Peninsula Papagayo is one of the newest hotels in the area. Rumors say that both Wyndham and Marriot hotels will be built soon. Steve Case of AOL fame also plans to finally build a resort in the area.

As long as the big players play by the rules and don’t encroach too much on the peninsula’s natural wonders I think their presence will help put Costa Rica even more on the map as Latin America’s premier travel destination and retirement mecca.